You are here: HomenextTopicsnextPeoplenextYouth Club Recollections 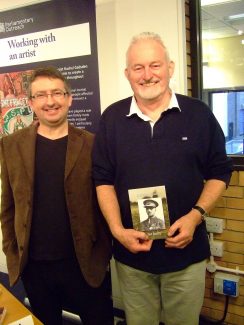 In 1967, Billericay Youth Centre & Evening Institute, sited mainly in Billericay School, entered an exciting new phase with the arrival of a young enthusiastic full-time Centre Head. Immediately from the outset he faced a problem. The adult classes were thriving but on the youth side, although there were 500 youth members (14-21) on the books, only 30 or so actually ever turned up.

Why so? Enquiries revealed a ‘history’! This was a tale of conflict between YC staff and some local ‘hard nuts’, banned for various behavioural infringements. This explained the vanishing majority. As when a pub changes landlords, these deviants immediately emerged from the woodwork to test the new order. Those early weeks were a battle of wills especially on Friday nights. Once, a large mob marched up the drive to force an entry to a dance. On another occasion, a notorious elder brother drove a huge truck at speed careering around the school grounds causing real danger. Additionally, all trouble was double trouble. It needed resolving at the time but always caused a Monday morning post-mortem by the School Head, Mr. J. Goldwin.

A radical overhaul eventually established a permanent peace. Attraction was the name of the game. A stimulating programme of activities was instigated, the headline being “Friday Night is Dance Night” with various pop groups for 2/6d entry. This was accompanied by imaginative advertising, using DIY Day-Glo posters with the BYC logo distributed far and wide by willing volunteers.  The proof of success was the increase in committed membership but also the hordes who poured in from Chelmsford, Rayleigh and even Harlow, to get into the weekly Friday and monthly Saturday music nights which were virtually mini pop concerts.

Some of the bands subsequently made it bigger: Essex Sound; Kippington Lodge, who became Brinsley Schwarz (with Nick Lowe of “Cruel to be Kind”); Spice, renamed Uriah Heep for their first US tour and Keef Hartley, onetime drummer with John Mayall Blues Breakers. Also Deep Purple and Pink Floyd may have played BYC but there’s no supporting evidence. It needs someone present then to complete the story of those many events. Those sixties days in Billericay are now recalled with fond memories as I was that young man.