You are here: HomenextTopicsnextPeoplenextAnthony Taylor

Growing up in Billericay in the war years 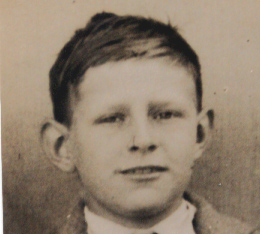 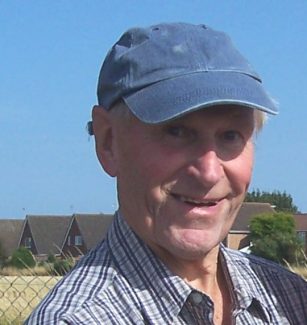 Born in 1934 at Ramsden Bellhouse (next to the Fox and hounds), my family moved to West Park Avenue, Billericay when I was 3 years old. In those days West Park Avenue petered out in open fields, mostly belonging to Ricketts Dairy on one side of the railway and Harris`s brickworks on the other. Our cottage was, in fact, a brickworker`s cottage, at the bottom end of an unmade road.

I was 5 when war broke out and I remember the stunned silence in the house when, on the wireless, the announcement was made that we were at war with Germany. My Mum, who was only 18 when I was born, had lost an Uncle in the First world War and knew that eventually my Dad would be called up. At the time he worked at Laylands in the High Street but rather than wait for the inevitable summons, joined the RAF about a year later. Throughout the war years, apart from when he had 36 hour or 48 hour passes my sisters and I saw little of him. He became something of a stranger. Nevertheless I must say that during the war children in Billericay (if i am anything to go by) rather enjoyed the freedom. I went to Gt. Burstead Junior school and, later to what was then Billericay Senior School. I roamed around most of the woods, fields, streams surrounding the town and remember the High street as it was then…….much better I think than it is today.

At the top of the High street (which, if one thinks in terms of North and South, is probably more correctly the bottom) I remember both a machine gun post at Sun Corner and a large static water tank on the other corner.

Of course, we all went to school with cardboard boxes containing a gas mask. All of the teachers at Gt. Burstead Junior School were ladies. My first teacher, I think, was a Miss Gatlin and there was Miss Gentry, Miss Roddom, Miss Powell (Florrie), Miss Keane and Miss (or was it Mrs) Roy was Headmistress. I once had the cane from her.

When the siren sounded we often had lessons in the school shelter, which had dim lighting and smelled of the Elsan toilet hidden behind a curtain.

Mrs Whale was School Secretary and she and her husband had an old chassis on wheels that was intended to become the basis of a caravan once the war ended. We boys used to push the thing around (until caught) and called it the “tally-ho.”

Perry Street. When I was a boy much of it was marshland with a few shacks dotted here and there. From where I lived in West Park Drive I used to cycle around the deserted lanes to Buttsbury Wash to fish for millers thumbs and sticklebacks. It being wartime then the safest place when out in rural parts of Billericay if German bombers strayed overhead was in a ditch. Dropped into those once or twice.

Billericay was a lovely and quite unique place to live then. The High Street was much quieter than now and boasted a truly wonderful mix of old and even older houses and shops. Everybody knew almost everybody else.  Living far away now I doubt it is still like that.