You are here: HomenextTopicsnextPeoplenext3rd Billericay Cubs and 4th Billericay Scouts 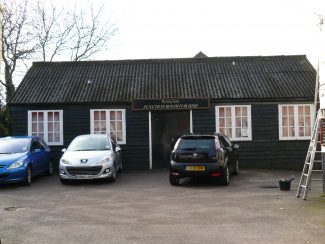 zoom
The shed behind the Rising Sun
Jim Devlin

When I was a Cub I went to the Church Hall which was opposite Buttsbury Junior School and it was the 3rd Billericay.  We had very good Arkalas; we had a Mrs Smith who lived over at Buckwyns, her brother ran a shop up the High Street where he used to sell vegetables. The other one was a lady who also lived over in that area and they were very good cub leaders.

The shed behind the Rising Sun is alas no more. It was demolished in 2016 as part of the development of the site. Editor