You are here: HomenextTopicsnextPeoplenextLooking for a New Life

Looking for a New Life 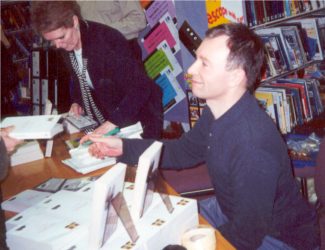 Looking for a Better Life

The best selling novelist Tony Parsons moved with his family to Billericay in the late 1950s. The locals were not used to London accents then.  When interviewed, Parsons said that the teachers at his primary school suggested he had elocution lessons, “so that I would sound less like the ‘artful Dodger’”

Parsons’ father thought that was the funniest thing he had ever heard, so the boy managed to keep his own accent and Billericay learned to love the ‘gor-blimey’ newcomers who were looking for a better life in the countryside.

School in Basildon – at Barstable, was next on his educational agenda and he went on to make his adult life in London, but said that his roots are in Billericay, a great place to grow up in.  He says that it is the place where his parents found a home of their own; it is where he was a boy and where he found his first best friend.  It was here that he first fell in love for the first time, had sex for the first time, and where he dreamed all his boyhood dreams.

“I have always gone back to Billericay because my parents never left the home they bought at the end of the 1950s.  They lived and died there and when my mum was fighting cancer, the people of Billericay, her friends, neighbours and family, showed me more kindness than I have ever known. Billericay is in my heart.  It has occupied such a large part of my life that I can’t really think about it objectively. My story is nothing special – in fact it is probably typical.  My parents moved to Billericay looking for a better life and they found it!