From 1966 to 1969 I worked as an audio typist in the claims department of Norman Frizzell and Partners, which was based in their annex above Kitt’s in the High Street.   I was a member of the company’s netball team and we practised after work at Billericay School where I got to know some of the youth club.  In the spring of 1967 I was invited to join them on a walk from Billericay School to the end of Southend Pier to raise money for Dr Barnardo’s homes. 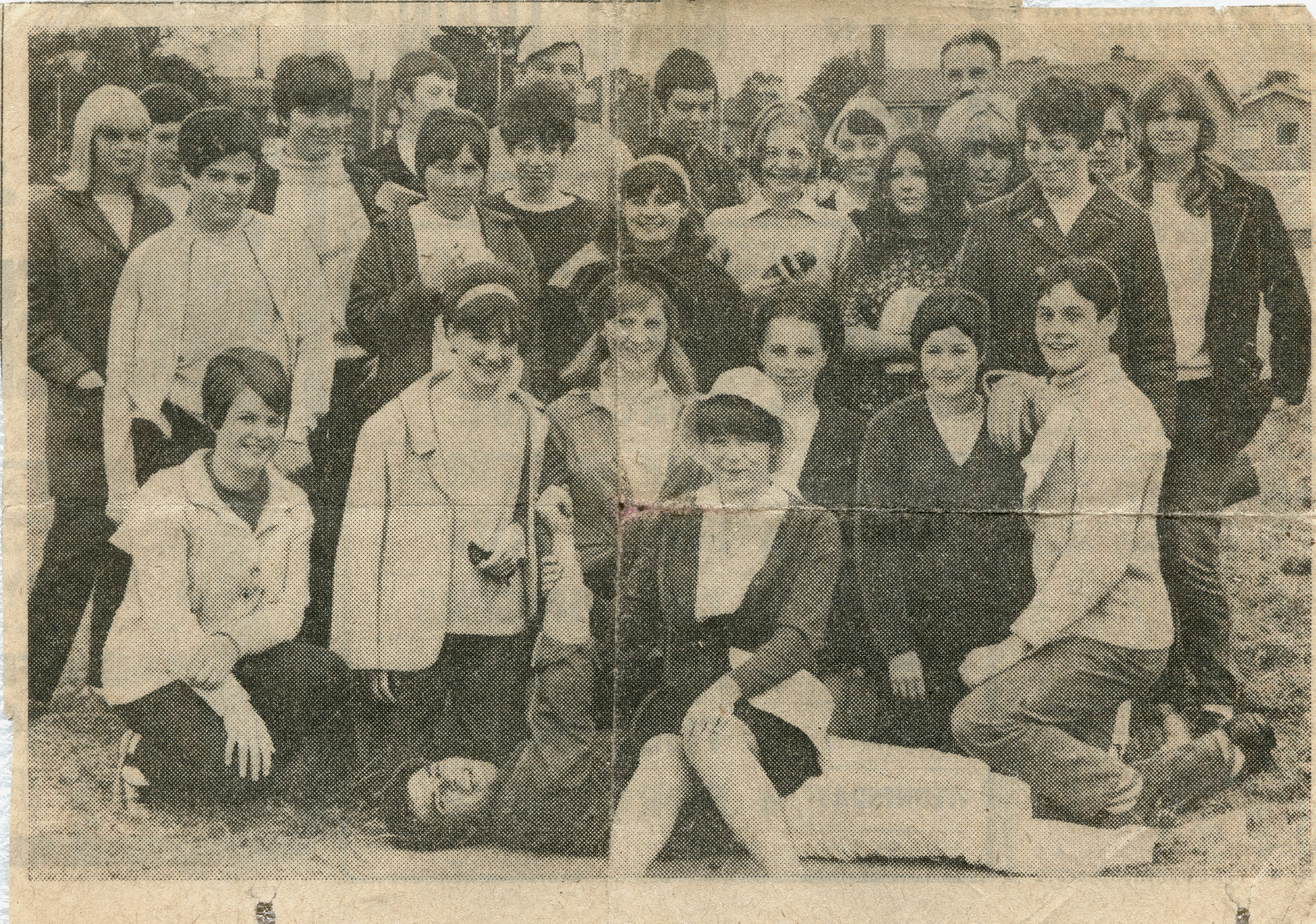 I attach some newspaper cuttings of the event.  None of us had shoes fit for purpose, as proper trainers weren’t readily available until the early 70s, therefore several unfortunates had to drop out along the way due to blisters.  I wore sandals and carried a spare pair which I swapped every couple of miles thereby managing to avoid developing blisters.  We set off at 10 am and I arrived at the pier at 4 pm.  We all had our numbers pinned to our backs and as we walked down Southend High Street towards the pier, there were several calls of ‘Come in Number .…’ 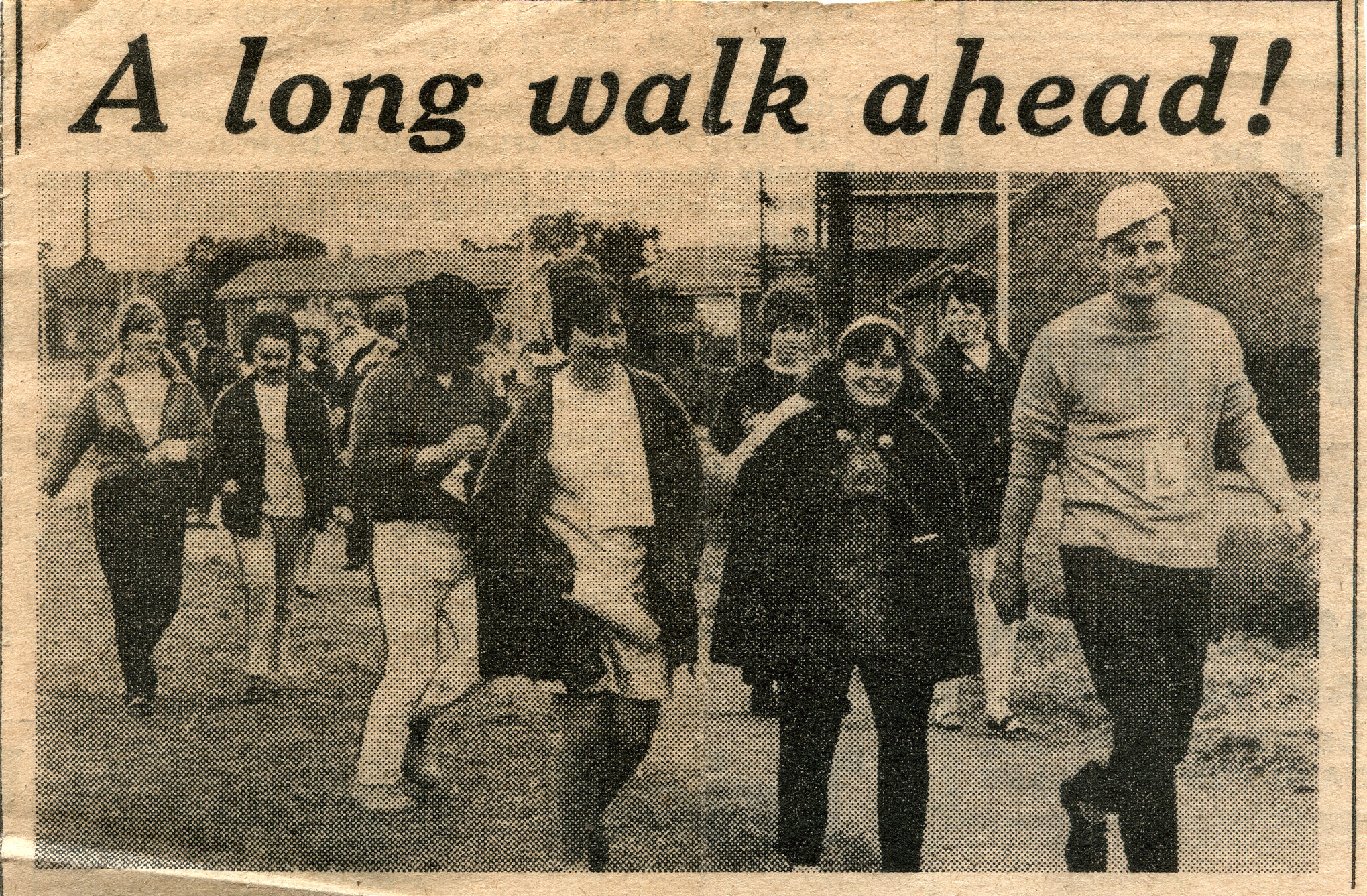 It was a most enjoyable day although I remember limping for several days after because both my ankles felt sprained.  I seem to remember raising about £10 in donations from family, friends and workmates.  I am sure the final total collected was far more than the £20 mentioned in the article.

The previous year I had taken part in the Billericay Carnival, riding on Frizzell’s float along with some workmates.  We were dressed in mini-skirts and white boots.  I will try to locate some photos. 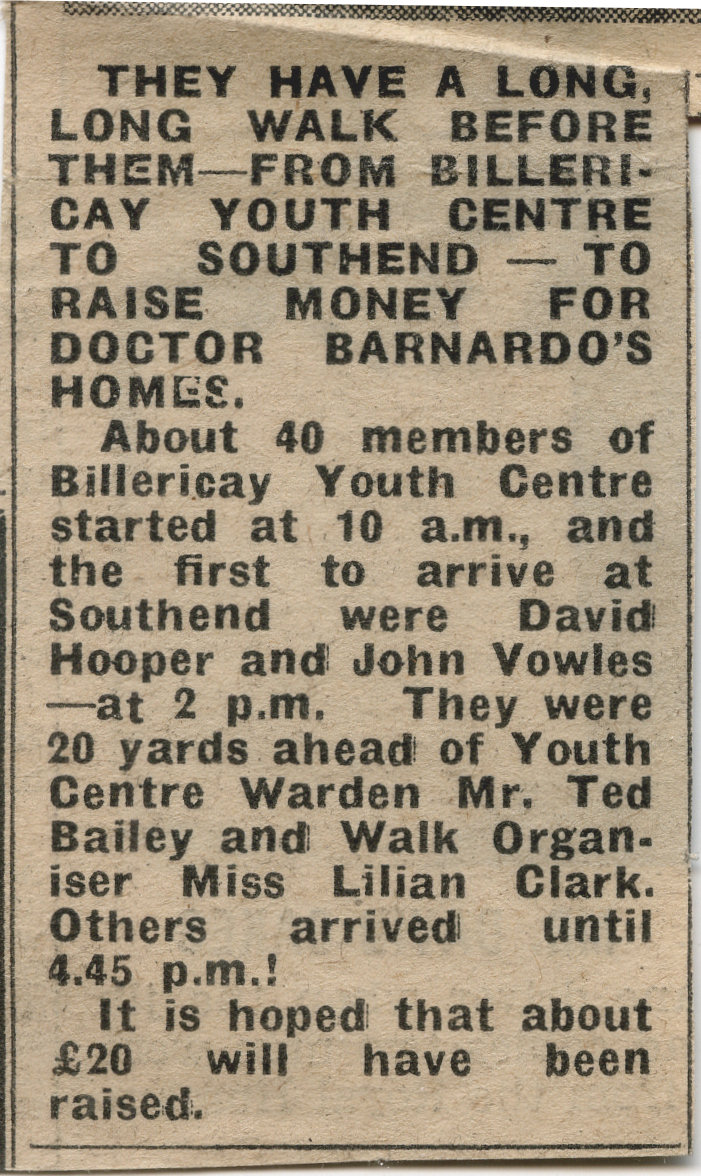