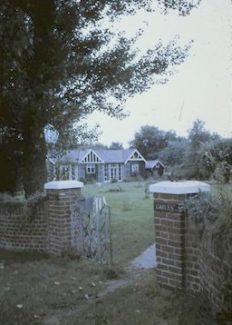 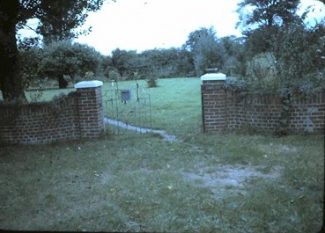 My father took up Four Gables at Crays Hill in 1945 after the war. I had been born in 1941. He ran a rabbit farm there for fur and meat. We were only there for a year perhaps as it was soon illegal to use vegetables that humans could eat to feed animals. I remember my mother making bran mash for them in a huge copper in a shed. They lived in a series of hutches. Chinchilla and Rex are names I remember.

At that time there was a pond between the house and the gate. A footpath ran somewhere behind the property to get to the bus. The house was full of old oak beams and dark timbers.

My father took me on his bike to school at Ramsden Crays. I still have my report from 1945.

These photos of Four Gables were taken by my husband and I in 1969. In the 1990s we were unable to find Four Gables