You are here: HomenextTopicsnextPeoplenextA Billericay schoolboy

Growing up in the Town
By Trevor Savage 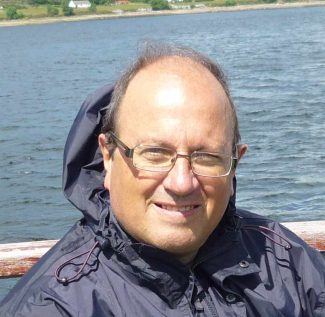 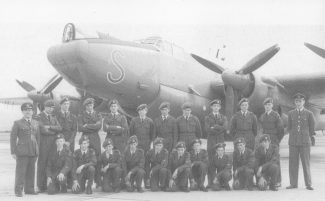 zoom
The trip to St Mawgan 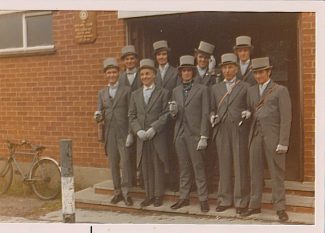 I was born in St Andrews Hospital, Billericay in 1954.

First of all we lived at Maplemead, at the Bottom of Bell Hill on the Southend Road. My earliest memories are in the back garden and playing toy cars with Peter Pinsion on the front step. After my sister Hazel arrived, we moved to Kennel Lane with a Large Garden and views over the fields with horses and a stream looking towards the Essex Union Hunt foxhound kennels. Tales can be told of playing in the stream on the footpaths across the field. In the middle of the field called Buckinghams field off Kennel lane, on the opposite side of the road to the kennels, there was a small anonymous brick building consisting of a tall brick enclosure topped with barbed wire. For several years during our youth we tried find out what this building was used for and to gain access we eventually found a way of climbing the wall. However it remains a mystery what this small partially roofed brick enclosure was for. The most peculiar part was that in the centre of the open yard was a thing similar to a wooden bird table.

My first school was Billericay Infants in Laindon Road, now The Fold Arts Centre. My first teacher was Mrs Arthy with a yellow reading book “Here we go” and spelling word cards. Our first class room was in what is now the pottery room and we then moved up to Mrs E Williams in the room that is The Fold’s performance space. I can remember that our class as late as 1959 used slate and chalk to work out sums, do words and of course pictures. We then moved to Mrs R Williams class and I recall she was always angry. We had horrible school dinners in the prefabricated dinner hall and for some reason there always was the radio playing the latest tunes like “Charlie Brown” by The Coasters. We climbed on the climbing frame in the summer and also a sports day. If I was in luck and dad was not at work I got a lift on his cross bar home instead of the long walk. Thankfully the new South Green School at the end of our road eventually opened under the headship of Mrs Scot Farthing and I switched schools and was in Mrs Pennels Class. Progressing as each year came along through Mrs Phelps (nee Miss Clowes), Mr Ryan, Mr McGuinley & finally Mr Ryan. My mum tells me that Mr Ryan said to her, on parents evening for 2nd year juniors, that if she could read my writing and tell him what I had written he would give me a mark for it but my writing was impossible. The school had annual Eisteddfod which was instigated by Mrs Scott Farthing, as both she and Mr Ryan were Welsh. This festival included poetry speaking and story composition, arts and crafts of all sorts and various types singing, music and cookery. One year I was first for singing and second for baking a victoria sponge jam sandwich; Mrs Scott farthing said I was the “singing chef” and I won a prize. We played shinty on the Playground as there was no playing field and we went swimming via contract coach at the baths at Hutton Poplars near Brentwood. Each year, as well as regular lectures by our local policemen, the school was visited by the Essex Police road safety bus, a very old double decker which had a cinema upstairs. We used to lark about when it came because if you touched the body work of the bus you got a mild electric shock; the bus had a mains supply plugged into the school for the cinema projector to work etc. and there must have been some sort of earthing problem

At South Green school I first met the girl who still is my wife.

After I was eleven I went to Billericay Secondary School.

I have written about my time with 4th Billericay scouts on another page, My Scouting Career. After Scouts I joined 2393 Billericay Squadron Air Training Corp; Squadron Leader Ferris was in Charge with Flying Officer Hiscox and Warrant Officer Dave Burley. Apart from flying and training in Gliders and Chipmunk aircraft at Cambridge and rifle shooting at Rainham Marshes annual camps were organised. I remember camps at RAF Ouston near Newcastle upon Tyne and RAF St Mawgan near Newquay in Cornwall, there is a Squadron photograph taken at the St Mawgan camp in the book of the Billericay School History (reproduced above). I can only name some of those in the photo; Back Row: Wing Co. Reg Ferris, W.O. Dave Burley, ?, Andrew Eve, ?, ?, Trevor Savage (me), Gary Farmer, Steven Slade, /, Cpl Kim Ferris, Fl.O. Hiscox. In the Front Row I can only name Christopher Waterman who is 4th from the left.

My youthful exploits included joining the Methodist Youth Club lead by Alan Jubb and Billericay Operatic Society which rehearsed in the 1970’s dinner hall at Billericay Junior and Infants school & performed at the Archer Hall, shows including Quaker Girl, Vagabond King, The King and I and The Gondoliers. The photo above shows the men’s Chorus dressed for the Races out side the entrance of the Archer Hall during the interval of the Saturday Matinee of the Operetta “ Quaker girl “ performed by Billericay Operatic in April 1973. As I remember the Performance clashed with the Grand National. Back row left to right: Alan Lovell, David Green, Bob Benson, Andrew Benson. Front Row left to right: ?, Fred Wood, Tony Culver,  Ron Hamlin, and Trevor Savage

I moved away from Billericay down to Basildon in 1975.