You are here: HomenextTopicsnextPeoplenextMemories of Billericay During the Twenties

Memories of Billericay During the Twenties 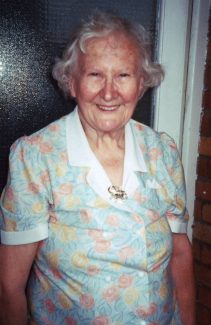 The year 1920 produced many special people in Billericay. One was the late Beryl Wormald, whose family had lived in the High Street for several generations. Her father, Edgar was one of the town’s leading councillors in the 1920s and ’30s.

When she was eighty, Beryl was interviewed for the local newspaper and recorded her memories for a town history book.  Her family had a special pew in St Mary’s Church and Beryl and her sister, Joan, remembered living in the High Street and often took a short cut into Chantry Way. She loved roaming Mill Meadows and attended the Great Burstead School along the Laindon Road which eventually became Quilters.

At fourteen, Beryl left school and worked at the Southend Ekco Wireless Works, but hated the journey on the bus, so was delighted when the Ritz Cinema opened in February 1938. She became its first usherette. Her fellow commissionaire was Harry Richman who eventually became the Curator of the Cater Museum when it opened in May 1960.

With war approaching, Beryl tried to enlist in the WAAFs and was surprised to find Dr Wells, her neighbour, acting as recruiting medical officer. He had delivered her in 1920. Unfortunately, she didn’t pass the medical, so she went back to the Ritz which managed to keep open during the whole of World War II. Beryl’s work at the cinema ended in 1971 when the Ritz became a bingo hall, then a snooker hall before being pulled down in the early 2000s.

Beryl was a member of several societies in the town and enjoyed meeting her friends and talking about her childhood in the High Street, when Billericay was so much quieter, with a slower pace of life. She died in December 2005 and is missed by her many friends.