You are here: HomenextTopicsnextPeoplenextMary Scott

Her memories of the High Street 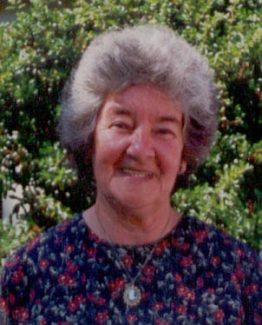 Well there was Horsnalls in the High Street and there were fishmongers one side of the shop and greengrocery the other and they had two stuffed fish in glass cases on the wall; and today I was talking to my daughter and she reminded me of these fish she had remembered. There was Shelley’s opposite – gosh – the gas board was where Ask is now, the restaurant; there was a big house where Frizzell House is now, St Edith’s, which was an Ursuline Convent. Next door was a opticians called Mr. Ringe, that house was taken down and there was a lovely cherry tree next door, and they took the cherry tree down and that caused no end of a commotion in the town because that was a delightful tree. The Police Station was built in I think 1937; Billericay school was a similar design so I guess was built at about the same time. The Sun public house is still there. Cramphorns was opposite, which is now an estate agents. Further down the High Street by where the Post Office building still is, but now redundant, there was a series of shops and an aunt, Annie Jarvis, had a sweetshop and when you went in the door a bell rang. There was Purdy’s further down the High Street which used to have a cat sleeping in the window as far as I remember. Where Waitrose is now was a library with a lady who used to wear ankle socks and I can’t remember her name but she used to ride a sit-up-and-beg bike. Next door to that was another house where the District Nurse lived, Miss Ventrous and I can’t remember the other lady’s name, that were called out when required. I’m having a job to remember down the High Street.  Oh, the back of where the jewellers is now used to be the sorting office. My uncle, Stan Carpenter who died in 1943, he was the local post man then. My father used to be a telegram boy.

A transcript of an interview with Sylvia Kent