You are here: HomenextTopicsnextPeoplenextHow I nearly lost my life

How I nearly lost my life

Ken Lindridge of Mountnessing Road was a fireman when the fire engine was stored in the British Legion Hall in Western Road. A dustcart had caught fire near Hart’s Café. It wasn’t a big fire and it was only a few doors away. When they had assessed the situation he had to fix a hydrant in the middle of the road at Hart’s Corner. 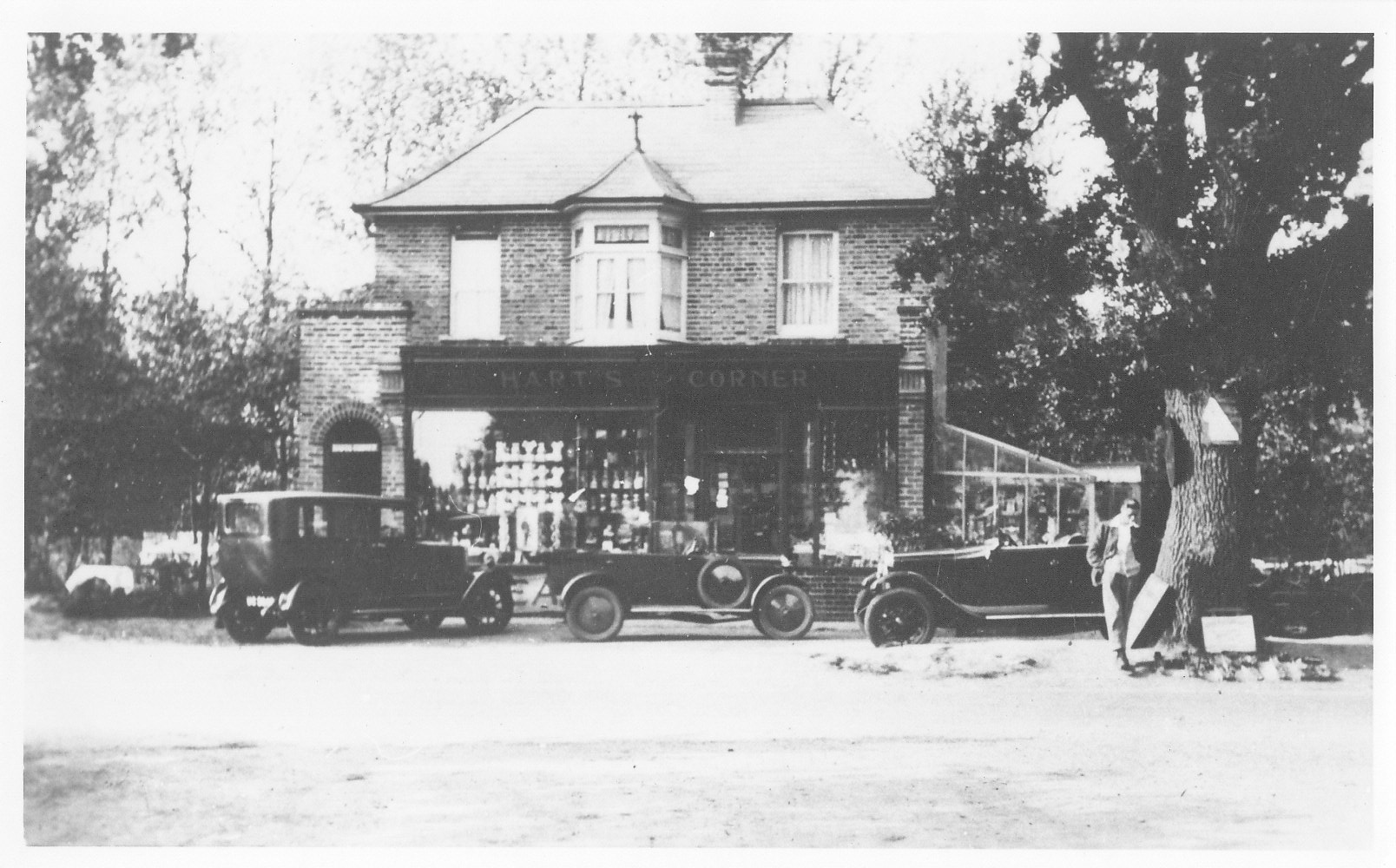 Harts Corner, probably in the late 20s. The site of the Ford garage today.

It was a new aluminium type replacing the solid brass type which had been in use previously. He was screwing in the hydrant when a car with two young men came down Western Road and instead of driving around him the car drove straight at him so he dodged back. The car hit the aluminium stanchion which fortunately broke off but the car was so damaged underneath that it could not progress. Had it been of the brass type the driver and passenger would probably have been killed by the impact. The police were able to apprehend the occupants without difficulty.

Some sparks from the dustcart had set fire to the flat roof of Hart’s cafe. As the hydrant was damaged they were unable to use the mains water to put out the fires, instead they had to use the little water carried by the engine. Fortunately neither fire got out of control.

At the High street end of Chapel street there were three cottages. For some reason there had been a subsidence which was reported to the fire brigade. They investigated the problems and did their best to put matters right. However the problem continued and after further investigation it was found that the cause of the subsidence was that there had been a well inside each of the buildings. These had gone out of use when mains water had been connected but the wells had not been filled in properly. Over the succeeding years the sides of the wells had collapsed thus causing the subsidence.