You are here: HomenextTopicsnextPeoplenextShopping Outing

My memories of Billericay High Street 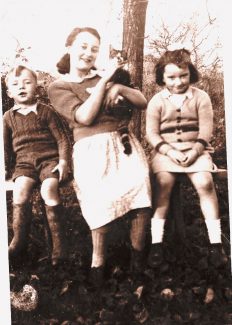 In the early fifties a trip to Billericay High Street was a weekly outing.  Living in Great Burstead most of our groceries were delivered by the local grocer, kindly Jim Fennel and since poverty made luxuries rare, my childhood impressions of the High Street are necessarily  limited but  I remember it fondly and athough I am 3,000 miles away, sometimes wander there in my memory when sleep does not come.

Our first stop  was a clinic or office near  Sun Corner  where  Mum would pick up our subsidized orange juice and cod liver oil which  children were provided with after the war and into the fifties. Then we would be ready to move on to other shops.

I smile as my memory takes me past Cramphorn’s where Dad bought seed  for his huge vegetable plot. While my parents  were busy with the assistants  weighing out  carrot, lettuce,  marrow, tomato and  cucumber seed or deciding on sets of onions and  raspberry canes   my brother and I would sample the dog biscuits so invitingly laid out in big sacks. It was hard to resist the crunchy delicacies in such inviting hues of pinks, greens and browns!

And there is the Post Office where on my seventh  birthday my  mother and I opened my first savings account with my 5s gift money. I was made to feel very important  by the staff as I signed my name in my childish scrawl and still have that account  nearly sixty years later.

As I move along to Cottis bakery I imagine the windows and counters  as they were, full of delicious  cakes and  buns with the smell of freshly baked bread  pervading the atmosphere. We could only afford to buy bread because other indulgences  were beyond Mum’s budget. Once, however, she splurged on six, day old jam donuts at half price …a rare bargain.  At home, mother sprinkled them with water and put them in a warm oven. No donut I have eaten since has tasted  so good. Years later I met a Canadian who had equally fond memories of  Cottis’s bakery. He had  served in England  during the war and found himself in the darkness of early morning Billericay with nowhere to shelter  from the lashing rain and  bitter cold temperatures. The only place that showed any signs of life was the bakery.  Drawn by the smell and the promise of warmth he was welcomed and given hot tea and freshly baked buns amply spread with butter

Just up the road is the sweet shop, smelling richly of tobacco, that also sold  Enid Blyton’s  Sunny Story Magazine which I coveted. My older sister said she would pay for it but only on condition I was sufficiently brave to ask for it myself. With no other way to get the magazine, I put my shyness aside and triumphantly walked away with my treasure.  Sometimes  we spent our sweet ration there  which was about  4 oz of sweets a week. We gazed longingly at the range of large jars full of yellow sherbets, toffees, dolly mixtures, bon-bons,  floral gums and jelly babies trying to make the wisest  selection usually  choosing  small sweets  so we got more!!  They were put in tiny white bags which were  twisted at the corners.  Later we would share them out equally  so we all had some of each. After rationing finished we spent our penny halfpenny bus fare on three or four gobstoppers and walked the two miles home!

Nearby was a beautiful old house covered in ivy with a sign saying Foxcroft Children’s Home. As we went past with our loving mum holding our hands,  we could not imagine having no parents to love you, nobody to tuck you up or read a story with you, nobody to run to when you fell over or had a bad day at school.

Trotting along past Bairstow and Eves the estate agents from whom our parents bought our house in 1949, past Shelley’s  the ladies dress shop whose windows were full of lovely things we could never afford, we reached Goodspeeds the fish shop. It was just off the high street tucked away behind the St Mary Magdalen church, the steeple of which could be seen  from far away.  The fresh fish lay on a huge tiered table that was covered in  green material  that looked like grass.  There were fewer varieties of fish to select from in those days, the staples being cod, haddock sole  or  skate and for an indulged cat, white-fish.  While Mum made her careful selection as to size and freshness  we children stood transfixed looking at the giant stuffed fish  in a glass case on the  tiled  wall. It was huge, gaping at us with its glazed eyes and its mouth open as much as ours!!

Sometimes we  went  as far as the station where we would order coal or coke from a little shed just outside the station. We had lots of wood to burn from the apple orchard where we lived but needed coal to keep the fire going over night when it was really cold. When it was delivered the coalman struggled in with bag after bag of coal on his back as my mum or dad counted the sacks. He looked terrifying with the whites of his eyes gleaming through a black layer of coal dust.

Just opposite was the beautiful Chantry Café where we learned at school Christopher Martin  met with  other Pilgrim fathers before their long journey  across  the Atlantic on the Mayflower. It was a lovely Tudor  building and a landmark but never frequented by us, as mother could not justify spending scarce cash on tea  and a cake when we could have the same thing or better at home.  We sometimes saw one of Billericay’s characters in that area.  He was  “the judge” a wizened  old man  who roamed the streets pacing solemnly hour after hour hands clasped behind his back.  Rumor had it that he was  once an influential barrister but in his dirty grey coat and old hat jammed down over his ears, his long nose dripping  there was little indication of his former glory.

Now here is Billericay Library, my favorite place, where Dad took me at the age of five to borrow my first book. The whole family valued that library. Outwardly it was an ordinary shop front building, the  children’s  library at the back, adult library looking out on the street  and a reference library upstairs but inside it was full of treasures.  Mr Tom Williams, an inspirational teacher at the primary school  ensured we visited the library as a class  where staff read  Greek myths to us with a magical passion. This was a forward  thinking example of school/library cooperation which was rare then. Years later I decided to become a librarian and worked at that library before going away to Library School. My career spanned forty years, mostly in Canada but  inspired by those initial  experiences at  Billericay  library.

And there is Woolworths which when it arrived meant we had become a modern town. I can smell the newness of it still.  It was our first experience of a self- service store with bright lights and wooden floors and low counters. Later  I got my first Saturday job there earning  the princely sum of 12s and 9d  for the whole day.  Mostly I remember my brother  and I selecting  a birthday gift there for mother with  great  love. We chose a pink plaster poodle standing appealingly on its hind legs, its collar studded with diamonds. We did not see its tawdriness just its cuteness and picking up a box paid for it and hurried home only to find the box was empty.  It had taken us so long to save that shilling  and we rushed back the two miles  so distressed we were hardly able to speak, but the supervisor, Miss Lamb, was compassion  personified and mother got her birthday present after all.

And now  homeward  bound in my memory,  we pass  the  Police Station, cross over to the cottages at Sun Corner where  we wait for  the 251 Eastern National  bus  that  will take us down Bell Hill where the ruins of the old mill  stood, past  cows grazing  contentedly in nearby fields, past the prefabricated houses  put up as temporary accommodation  for Londoners after the war,  past the swings at South Green, past Weedon’s  the paper shop where my brother became a paperboy   and  alight at the Kings Head  where we hurry  up Mill Road to the  happy  security of  home.