You are here: HomenextTopicsnextPeoplenextJune Smith 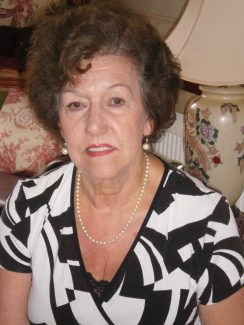 I moved down here with my husband and three children and we were given a new Council house on the Outwood Common Estate.  Billericay was a very small place at that time and the main highlight of the High Street was Woolworths which has now gone. We had our own school at Outwood Common, they built a school for the infants and the juniors and then later on they went on to the big new school – the Mayflower. My children were very happy here, they could play in the fields where they had the freedom that they didn’t have where we lived before as, we came from Walthamstow in London . It was a different kind of life for us, very enjoyable.

All the community used to collect money each week and we built the Outwood Common hall where people used to have dances and get togethers and it could be hired for weddings and things like that. But now that has gone, its been pulled down.

The woods were lovely, Norsey Woods. In fact I went there only a couple of weeks ago with my son we went to have a look at the bluebells they were absolutely gorgeous. They (my children) used to go up there and play in the woods, they used to all meet up at what they called, the meeting tree and they had a rope on it and they used to swing on it. He enjoyed it because it brought back memories to him when he was small.

On the Village Green we used to an annual sports day for all the people that lived there and their children and it was very very enjoyable. It was a very good community feeling altogether. We used to go to Romford market, in the beginning, on Saturday, I suppose we missed our own market where we came from. We used to go there Saturday afternoon but that stopped after a while. Of course we used to enjoy going on to Southend and places like that. Last weekend I went down to the cockle sheds and that was lovely and brought memories when the children were small. 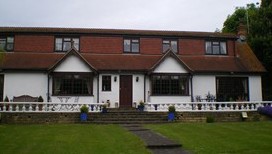 I lived in Salesbury Drive for twenty two years and then we moved to Thynne Road , I lived there for 10 years. Then we moved here ( Coxes Farm Road ) and I have lived for 15 yrs. I think this house was built in the thirties, but we have changed it quite a bit, the cladding, the tiles on the roof, put new windows in and smartened it up. 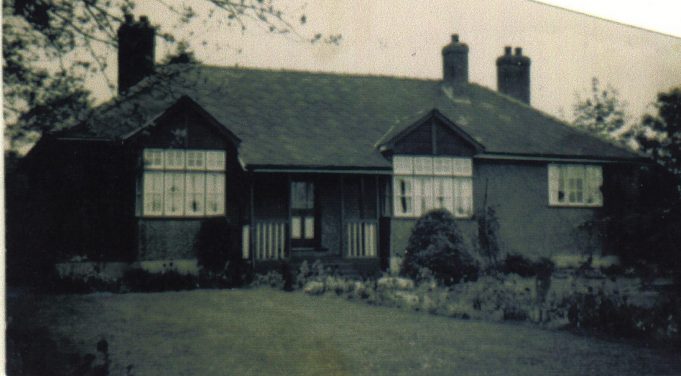 Before the Council houses were built at Outwood Common, a couple used to keep pigs there and at Sunnymede where the shops are there was a post office and opposite there, they used to have pigs there. That was before the estate there was built. We used to take the children to look at the pigs and the little piglets there. It belonged to the farm which was at the back of the post office. There is an estate built there now. They used to have two white horses they used to keep in the field. Later they built a garage there, the garage is gone now, there are all houses there now. It is the Moody Estate. They were all built by the builder, Mr. Moody. The Post Office only went a couple of years ago and it is now a funeral parlour. At the back of that was a farm but that was all taken over and houses built which we call the Moody Estate.

At the back there used to be Break Egg Hill and that used to be full of plot land bungalows and we used to go up there and buy plants. It was much, much more countrified than what it is now. At the top of Jacksons Lane they was a place where they used to keep dogs and you could hear them howling and barking. It’s funny when you think about it, I can remember my husband saying that the road from Billericay to Basildon was like a track. It didn’t have a proper surface at one time but gradually everything evolved and moved on.

I used to work at St. Andrews Hospital and worked there for 22 years. It was a lovely, lovely cottage hospital which did plastic surgery and then the local community raised the money to build the burns unit. That was for people who were badly burned and had to be guarded against infection. I enjoyed working there and when they pulled it down it was really, really awful.

There were four farms in Coxes Farm Road , Coxes Farm, Boyce’s Farm, White’s Farm and Brown’s Farm. There was also one in Greens Farm Lane , just a little way from the post office there was a big old farm house. The farmer would go along that road to the fields and collect his cows every evening or late afternoon, bring them back to the farm, milk them and then take them back in the morning. It was quite a normal sight to see all the cows walking along the road. His son, whose name was Norman , used to deliver the milk round Sunnymede in his pony and cart. He would deliver to all the houses and was a well known figure in Billericay. Norman and his father lived on their own in the farm house.

There was a cinema in Chapel Street . It was a thirty’s style cinema and I can remember taking my children to see one of the first James Bond films that came out, I think it was Thunderball with Sean Connery in it. That now been removed, they did change it to a snooker hall but then it got pulled down and flats were built there. I remember this lady who used to come to the hospital, her name was Beryl, she used to work there as an usherette and she had lived in Billericay High Street. She was born there and her mother used to take in clothes and dye them for the other residents. She lived in one of the wooden houses on the lower part of the High Street down past the Church on the right hand side., just beyond The Chequers.