You are here: HomenextTopicsnextPlacesnextStreetsnextBell Hill

Bell Hill has a long history, it has been a major road through the town for many centuries. It was the main route to Rochford in the distant past and more recently Southend before the Southend Arterial Road was built in the 1930s 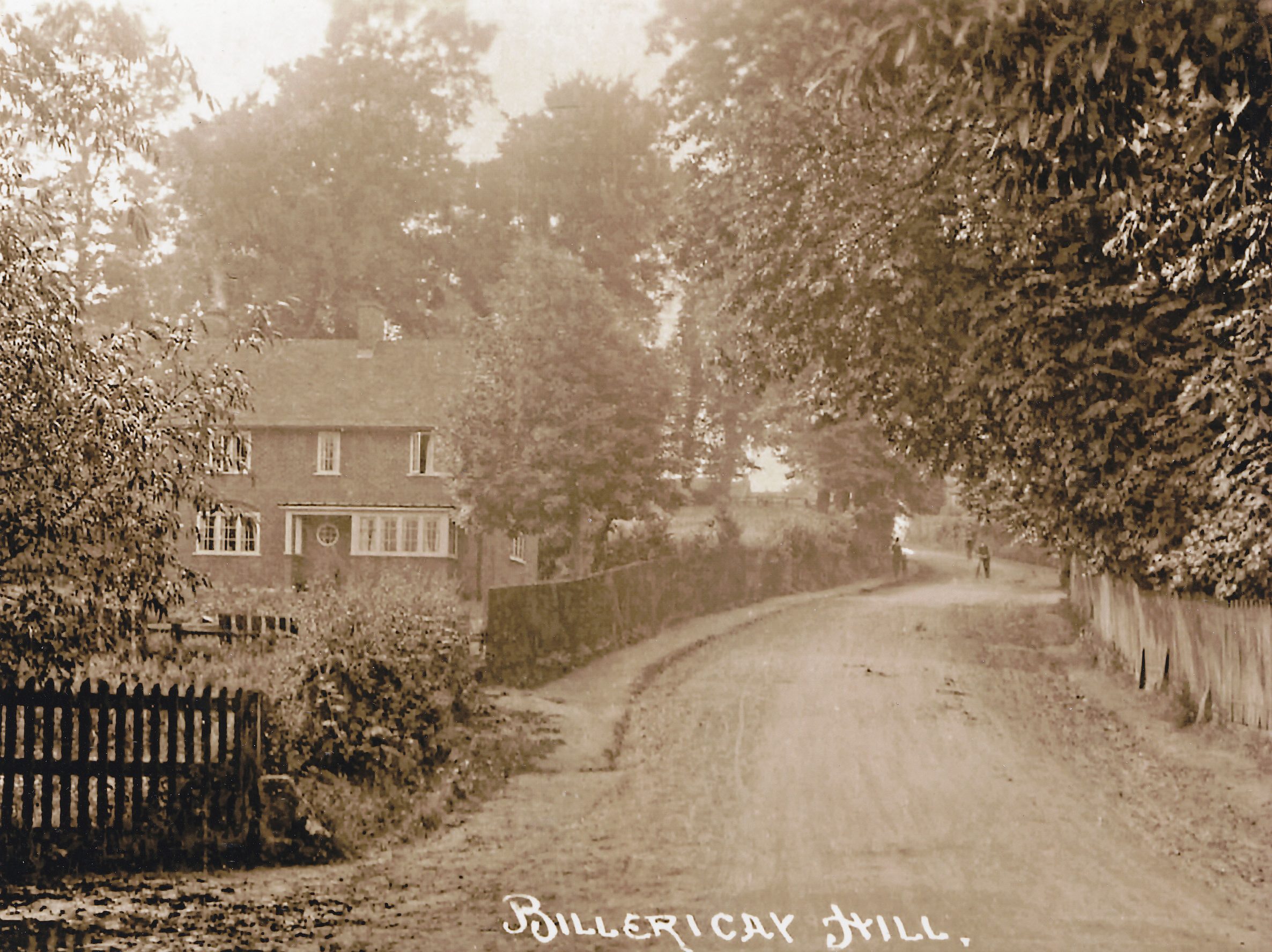 The photograph above shows the house lived in by the Layland family (the shopkeepers) on the left hand side. The house is purported to have been called Bellview or Bellevue. It was demolished to make way for the houses in  Linkdale. 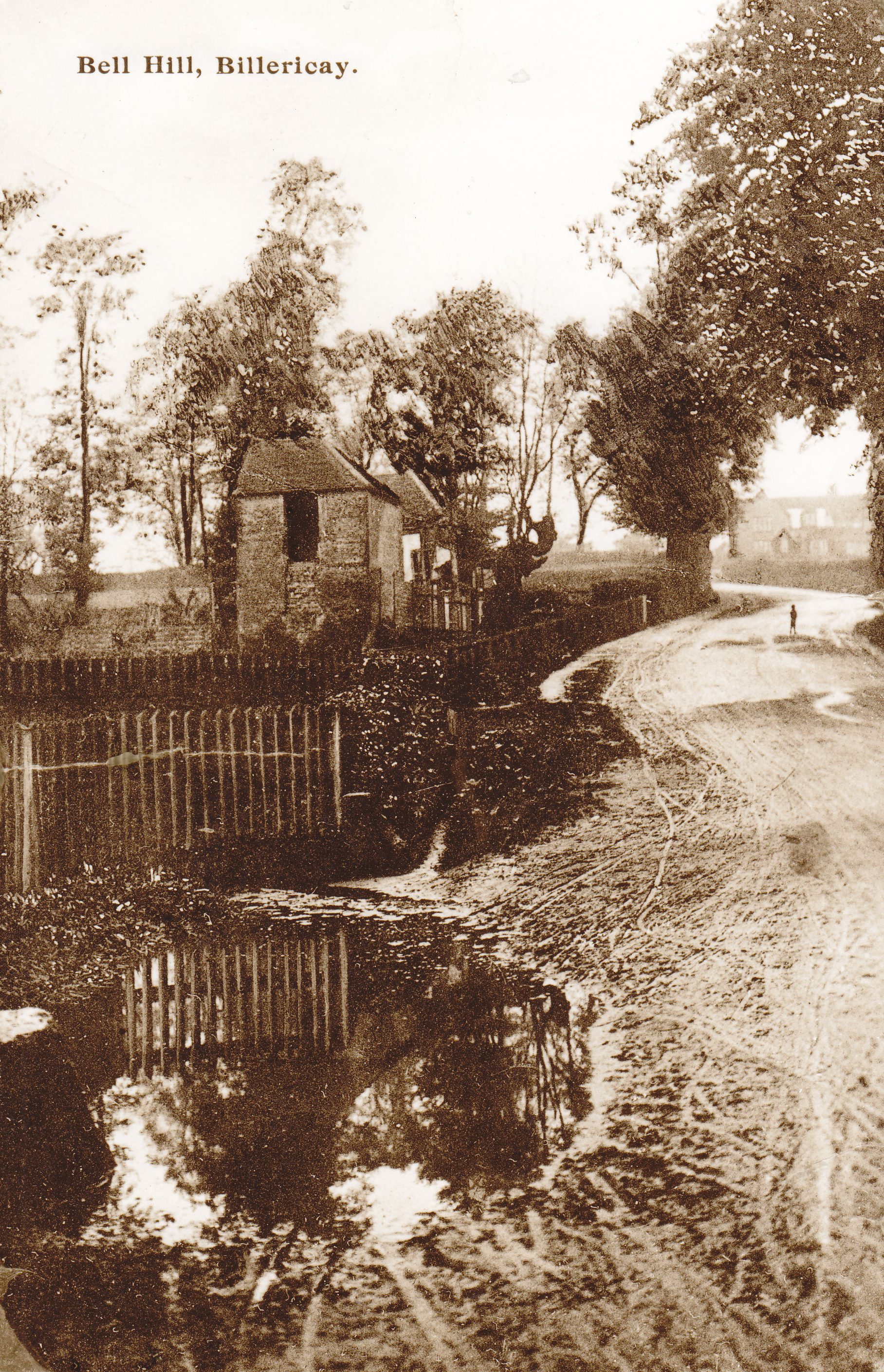 Looking up Bell Hill from the same place

The photograph above is taken from approximately the same location as the first photograph but before the house was built. Note the large tree on the left side of the road. You can also see the cottages at the top of the hill on the left which have been converted into a house and are still there. 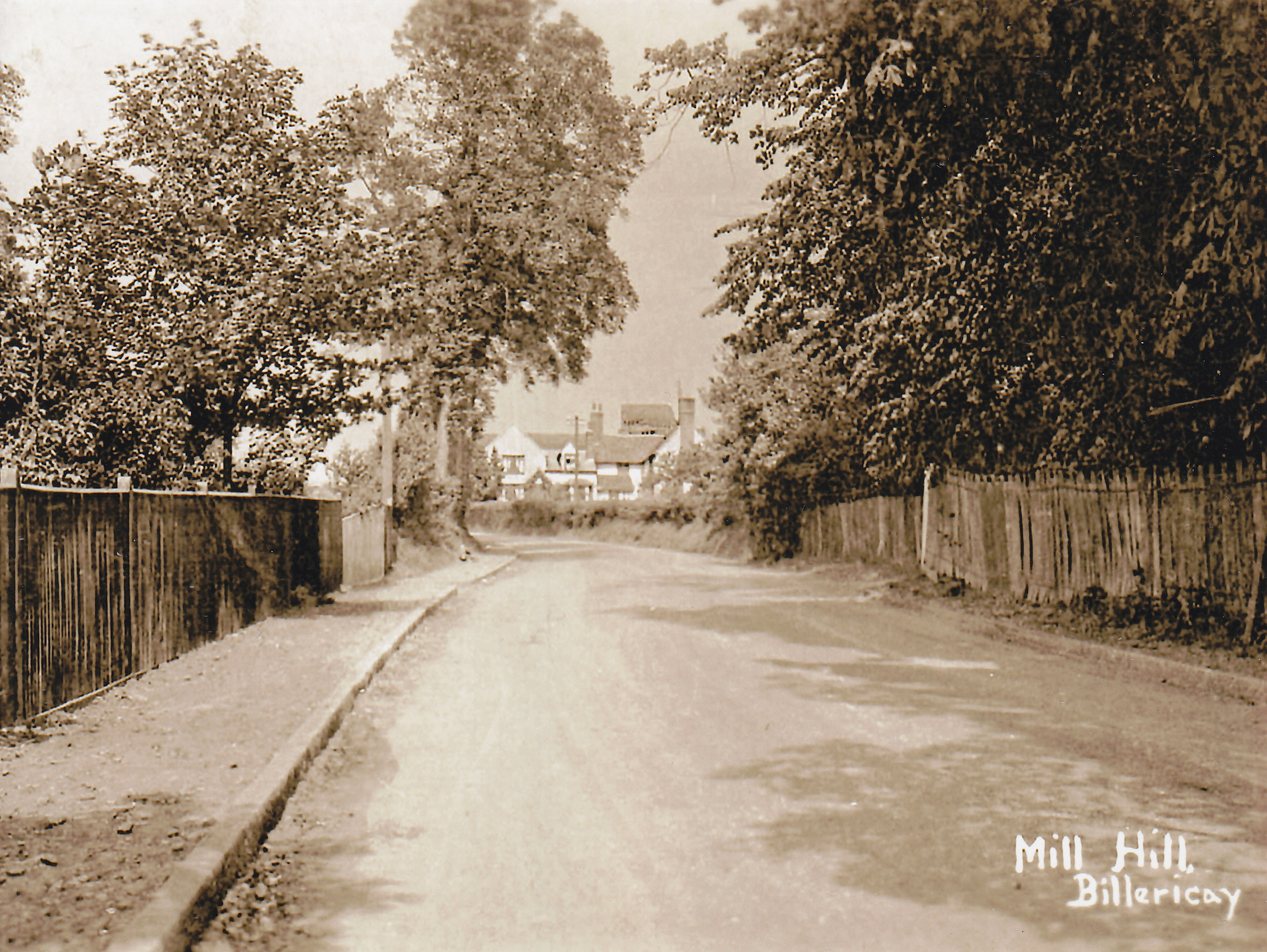 Looking up the Hill with the Cottages shown much clearer

The cottages at the top of the hill can be seen much clearer in the photograph which is from the same era as the first photograph, note the kerb. It is interesting that in the first photo the road is called Billericay Hill and above it has become Mill Hill. What was the real name? 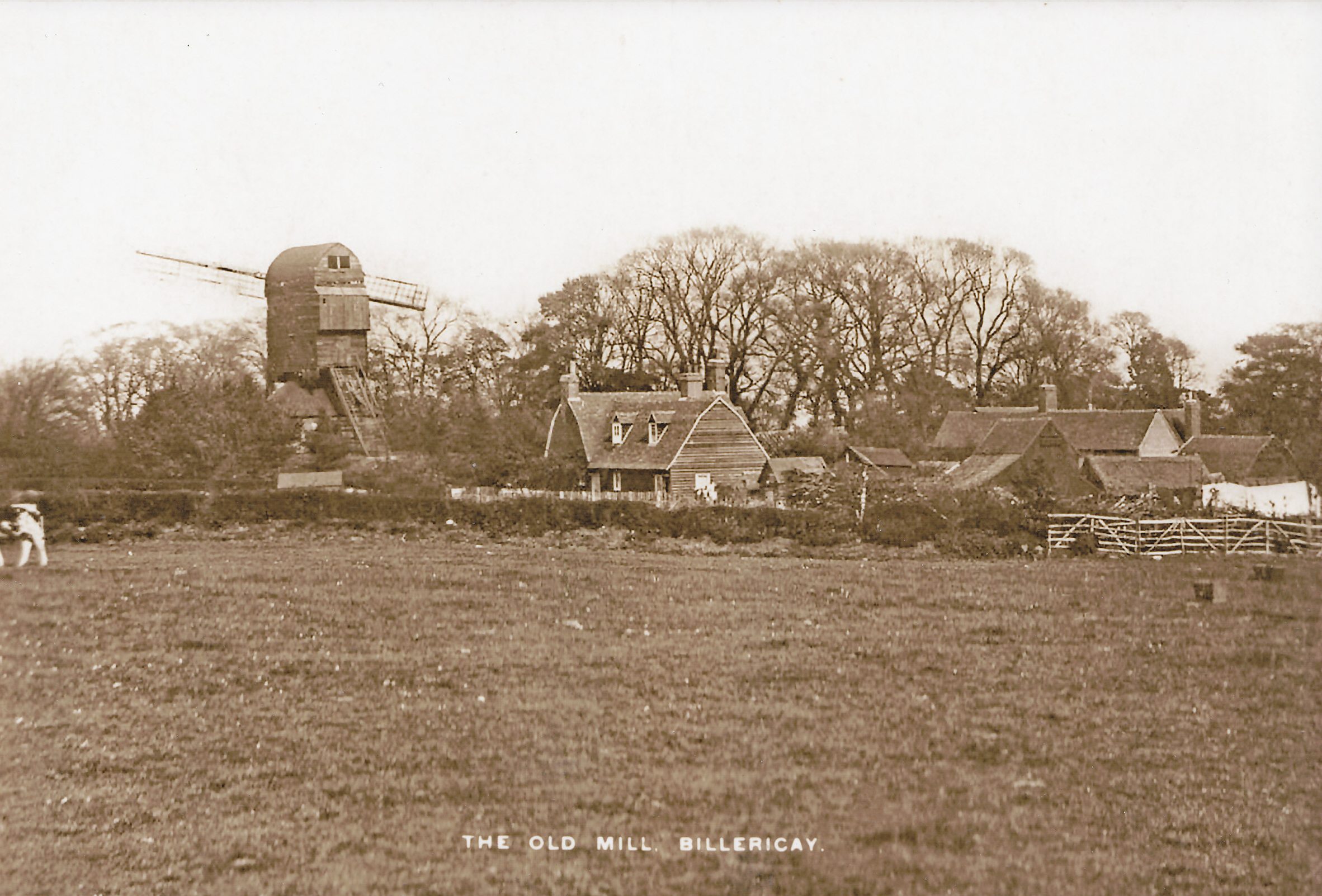 The Old Mill that stood on Bell Hill

This photograph was taken across the fields towards Bell Hill, the road is the other side of the Mill.