The house with the Sequoia
By Jean Jordan 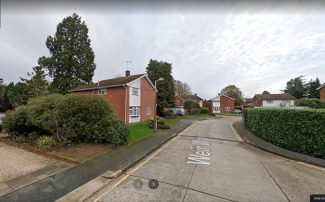 We moved into Weir Wynd just as it was finished 1964. One daughter about to start school and a baby – another following 2 years later. Our house has a Sequoia in the garden which I believe was planted by early residents of Lockers Hall, I would love to see photographs of Lockers garden and maybe identify our tree, now higher than the house. There were two when we moved in, however one was removed before we moved back – to the very same house 23 years later! Reading the contributions brings back many memories . Dr Cuthbert was our Dr and we took David to Mrs Clemsons nursery school along with my daughter and a little boy in Fairview. Lockers Hall is not clearly visible from my house now as two properties were built in 1997?