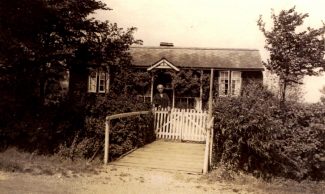 zoom
Emma Hill at the Gate 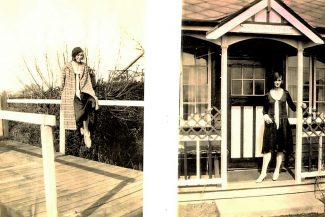 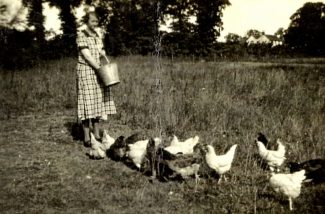 zoom
Rose Mace with Acors Farm in the Dstance

While researching her family tree Rosemarie Raines of Woking, Surrey, discovered that two of her great grandparents lived in Great Burstead. She describes here how this led to how Magnolias, a short close of six houses off Trinity Road, came to be named. A further house on this estate, 58 Church Street, stands approximately on the site of her ancestor’s home. Prior to redevelopment her family’s home remained on its smallholding sized plot until the 1990s. By this time it was reduced to a small mound of decaying wood with trees growing through it. (Click on images for a larger photo.)

According to Kelly’s Directories from 1914 to 1922 my great grandfather, Henry James Hill, was licensee of the ‘Three Crowns’ at Rainham Ferry. At some point after this he and my great grandmother, Emma, moved into a little wooden house in Church Street, Great Burstead. It was bought for them by their son, John Henry Hill, and they named it ‘Magnolia’ after HMS Magnolia, the ship that he served aboard in World War I. Their daughter, my grandmother Rosa Alice Mary (known as Rose), married Samuel John Mace. Their daughter, Doris, shown in these photos, was my aunt.

Henry James Hill died in July 1928, aged 73, and was buried at St Mary Magdalene, Great Burstead. It appears that Emma remained at ‘Magnolia’ for several years after his death, as surviving family photos dated at least as 1930 are recorded as ‘Billericay’.

Why the developer made its original name plural is unknown.  Perhaps they felt a singular name was not suitable for a small estate.