Growing up in the 50s and 60s
By Robert Grieve 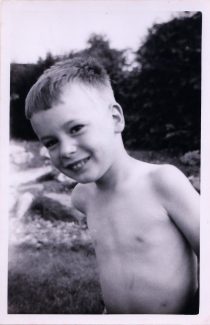 zoom
The author at 7
Robert Grieve 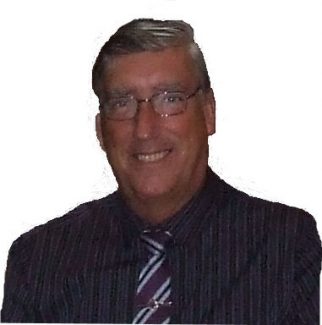 zoom
The author at 60 (7 years ago)
Robert Grieve

My family and I lived at 5 Fairview where our back garden had the only access to the paddock. Lockers was empty then and the paddocks were well overgrown.
Our back garden also had access to the jungle at the rear of the Catholic Church on Laindon Road where the land had been left to overgrow into a mass of brambles, even Mother Mary stood sadly at the back, forgotten and covered in brambles. Slightly to the right and also accessible to us only, was the Water Board land that housed the old Metal water tower. This was a perfect football ground for us kids.
Needless to say, I and my twin brother had an expanse of wilderness to explore that was totally private for us.
I remember a shed in the paddock of the Lockers that was falling down and inside I found an Ostrich egg and a Sawfish Sharks Saw.
I don’t remember what happened to the Saw but the Ostrich egg was knocked off of the shelf of the lean-to that I had stowed it on, to hide it from my Father, and smashed on the concrete floor. Unfortunately the egg was full but the content was bad and the smell lasted for some months. So did my punishment.
I lived there from the late 50s to the late 60s and spent many a full day in the paddocks but I did venture once and once only, into the house. The only thing that stuck in my mind was a very narrow and windy stair way leading to what I would consider to be the Servants area, am I right?
Not long into the later 60s, the Paddocks were sold on to build a small housing estate called Weir Wynd, sadly putting an end to a wonderland of adventure.
I joined the Army in 1969 till 1975 and in the meantime my parents moved from Fairview so I never saw much of that area for a time but when I pass now, the Lockers is still there and is occupied and the tree still stands proud and erect with its strong branches sheltering the 129 Southend Road.