You are here: HomenextTopicsnextPlacesnextBusinessesnextPotash Stores

The shop on the edge of town

Potash Stores was opened by Mrs. Mildred Cordell in Potash Road in 1953 to serve the houses that had been built at the northern end of the town. The shop was built on the side of number 62. 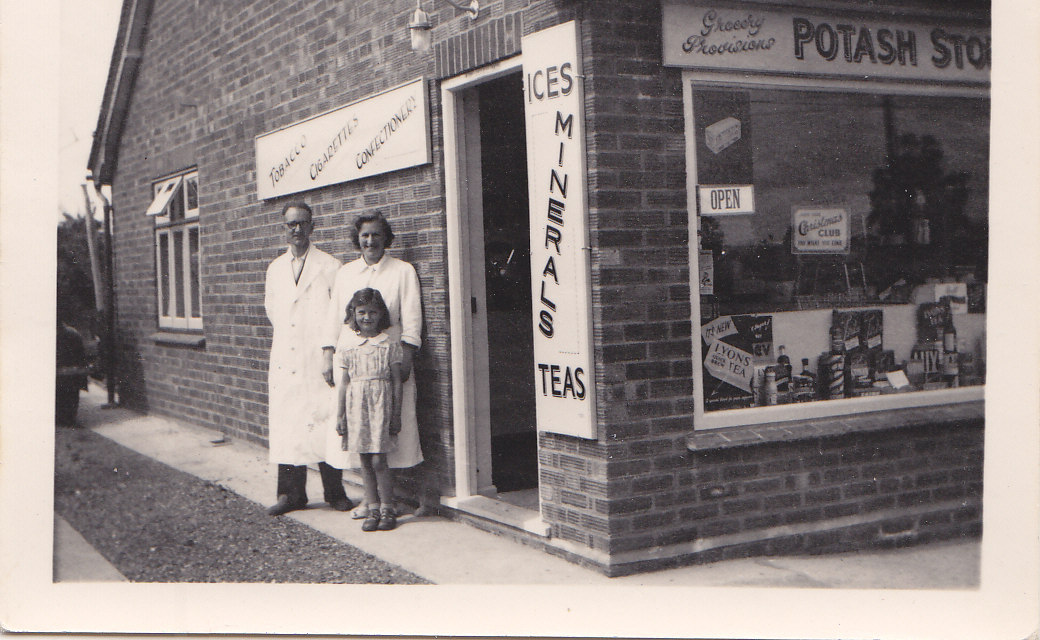 Edward & Mildred Cordell with their daughter Margaret in about 1954

The shop was a small general stores of a type common in the days before supermarkets. It catered for the everyday need of the locals from tinned goods to sweets and the sign outside proclaims that it stocks “Grocery, Provisions and General” 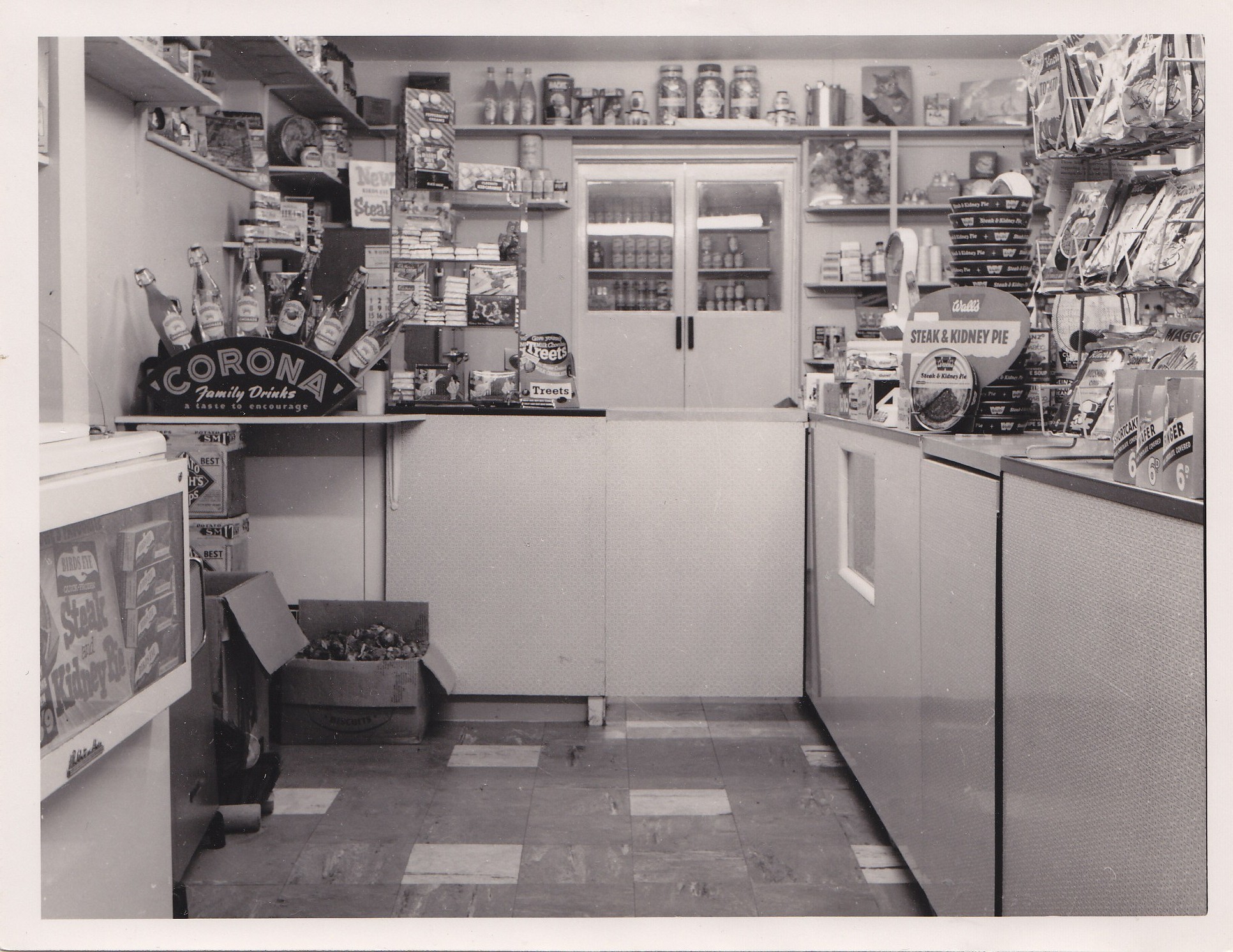 The above internal photo of the shop shows some of the products of the time. On the left in the freezer are Birds Eye Steak & Kidney Pies and Fish Fingers and stacked behind it are Smith’s Crisps. The display of Corona drinks in their returnable bottles brings back memories of getting your deposit back when you returned them and spending the money on sweets. Of course a shop like this was the main outlet for sweets and this one was well stocked. On display are Treets, Peppermint Creams, Diary Box, Black Magic, Cadbury’s Coffee Cream and a variety of chocolate bars. On the shelving at the back are the jar sweets together with a large tin of Hacks throat sweets. The right hand side of the photograph has a large stack of tinned Walls Steak & Kidney Pies, a display of Knorr and Maggi packet soups and tins of Heinz soups. 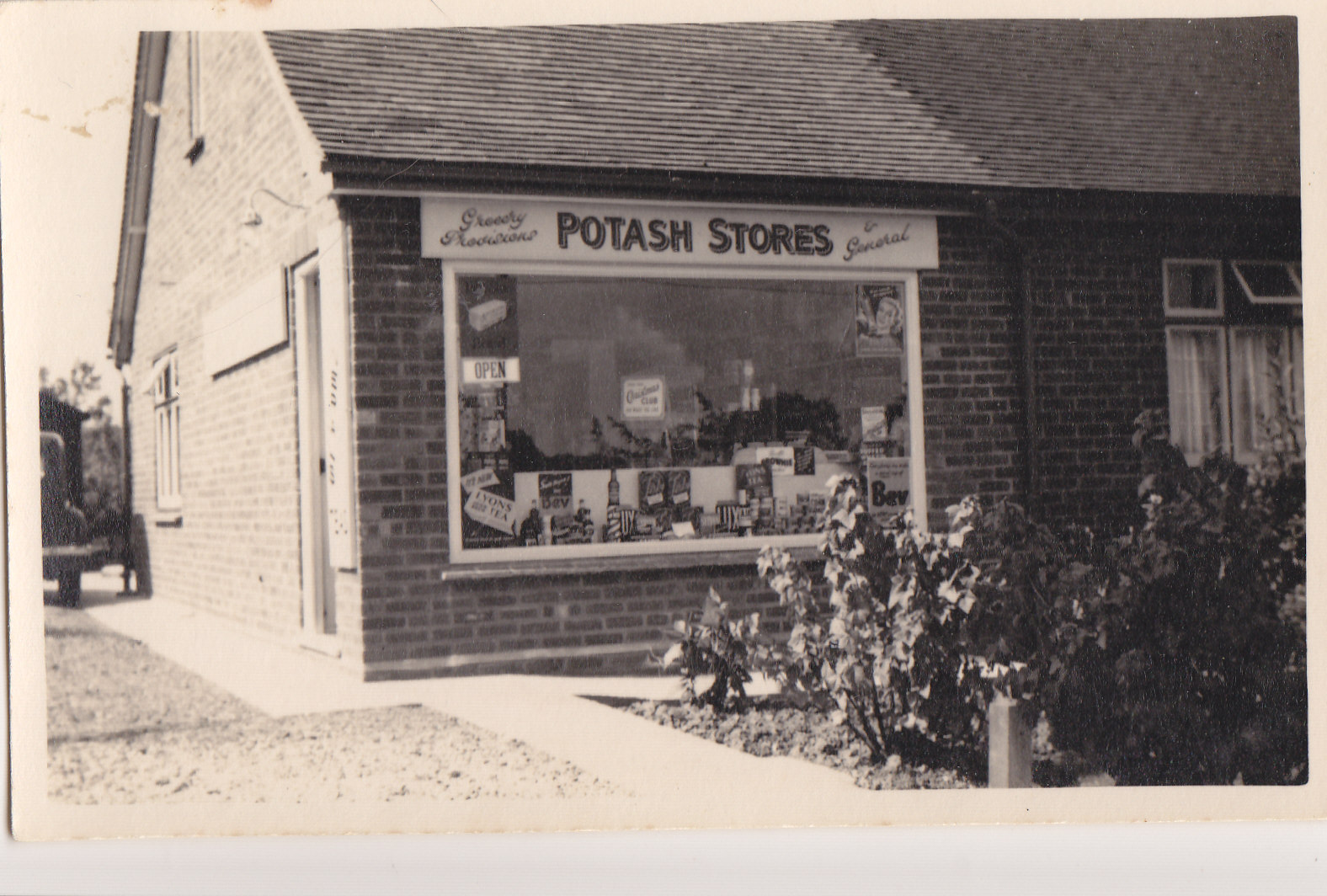 The shop from the road

The window display above highlights some of the other items the shop sold. Here can be seen Tide, Lux, Tetley’s Tea and an advertisement for the shop’s Christmas Club, a way of putting some money aside for Christmas. The most interesting item is Bev, this was a coffee and chicory liquid essence, essentially concentrated coffee with sugar already added; this sort of product, of which Camp was the best known, was killed off in the sixties by dried coffee powder.

Trade started to fall as the eighties came along and in 1986 Potash Stores closed for the last time.