You are here: HomenextTopicsnextPlacesnextBusinessesnextHilltop Café - Pt. 2 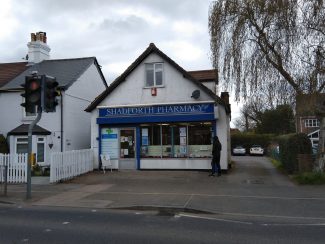 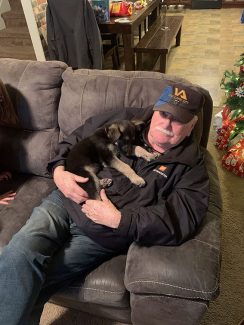 My father would move an ice cream freezer out in the front of the cafe and put me in charge of selling the ice cream during the summer. The cafe was hugely successful for my family, they paid it of in 4 short years and it paid for the bungalow my parents built in Ramsden Bellhouse. They named the bungalow after myself and my sister Linda and younger brother Gary it was called Rodlingar and when I visited it in the 80s in had retained its name. I would walk a dog for some elderly ladies who resided on the road that led directly to lake meadows, he was a Golden Labrador named Bruce. He would chase the Swans into the lake during the summer and twice he went through the ice during the winter, as a result I only kept the job for a short period of time.
I worked for some Irish laborers who were tearing down what I think was an old factory directly across from the railway station in the mornings making tea for them I received 5 shillings a week, I was there 6 days a week at 5 am I made the tea in a bucket over an open wood fire and would bring the tea into a little wooden hut where they would be waiting for their tea, I had a piece of wrought iron that I used as a hook to latch onto the hot handle of the bucket, I would have to swing the bucket just right to land it on the table. One day I was in a hurry as I had got up late and my father required me to be at work in the cafe at 6 am as the dust men would be waiting outside for breakfast. As I swung the bucket up the bottom hit the edge of the table and literally still at a rolling boil the tea flooded down the table and severely burned 16 Irishmen I was fast on my feet but didn’t outrun one of them that I thought would kill me. When I got back to the cafe my dad took one look at me and wanted to know what happened. My eye was swollen my nose was bleeding as well as a tear in my earlob. After I relayed to him the circumstances he couldn’t stop laughing and told me I had it coming. Needless to say I didn’t keep that job long either.

In November 1959 we emigrated to the USA and I now live in in Utah.