You are here: HomenextTopicsnextPlacesnextBusinessesnextStation Garage 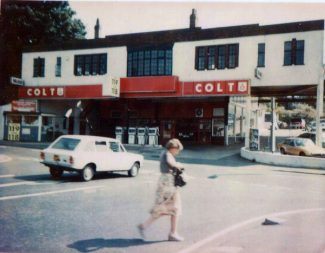 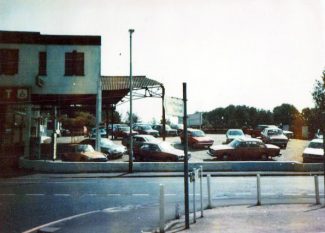 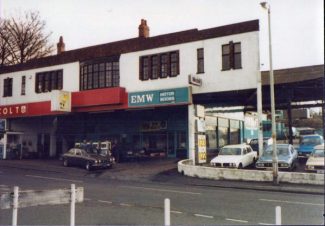 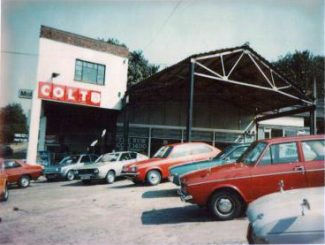 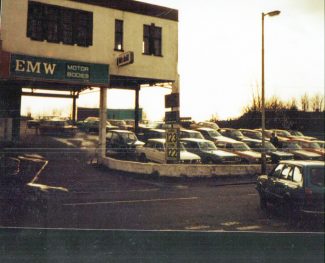 These photographs take us back to the late 1970s when the land at the top of Radford Way was occupied by a car dealership and petrol station. The Colt Car Company was a British private company which held the rights to sell Mitsubishi cars in the UK and came into being in 1974, which helps us date the photographs.

Yo will notice that petrol is priced at £1.19 in one photo and £1.23 in another, these prices will be per gallon and would suggest that the photos were taken in 1979. Petrol prices were in gallons until the mid 1980s when stations converted to litres as prices rose because many pumps could not cope with prices of £2.00 and above and the cost of conversion was prohibitive . It did not become compulsory to price petrol in litres until  1995

In the late 1980s/early 1990s the site was redeveloped into a block of apartments with a parking garage underneath named Langhornes. This was named after Langhorne Abbey in Stratford, East London, which was a Cistercian monastery which owned great tracts of land in Essex prior to the dissolution of the monasteries.