You are here: HomenextTopicsnextPlacesnextBusinessesnextWorking at Key Markets

My Mum, Hazel Morley, worked at Key Markets part time . She went to work there when I started senior school in 1978 and rather than be at home on her own all day she thought she would get a part time job local to home at the supermarket in the High Street. 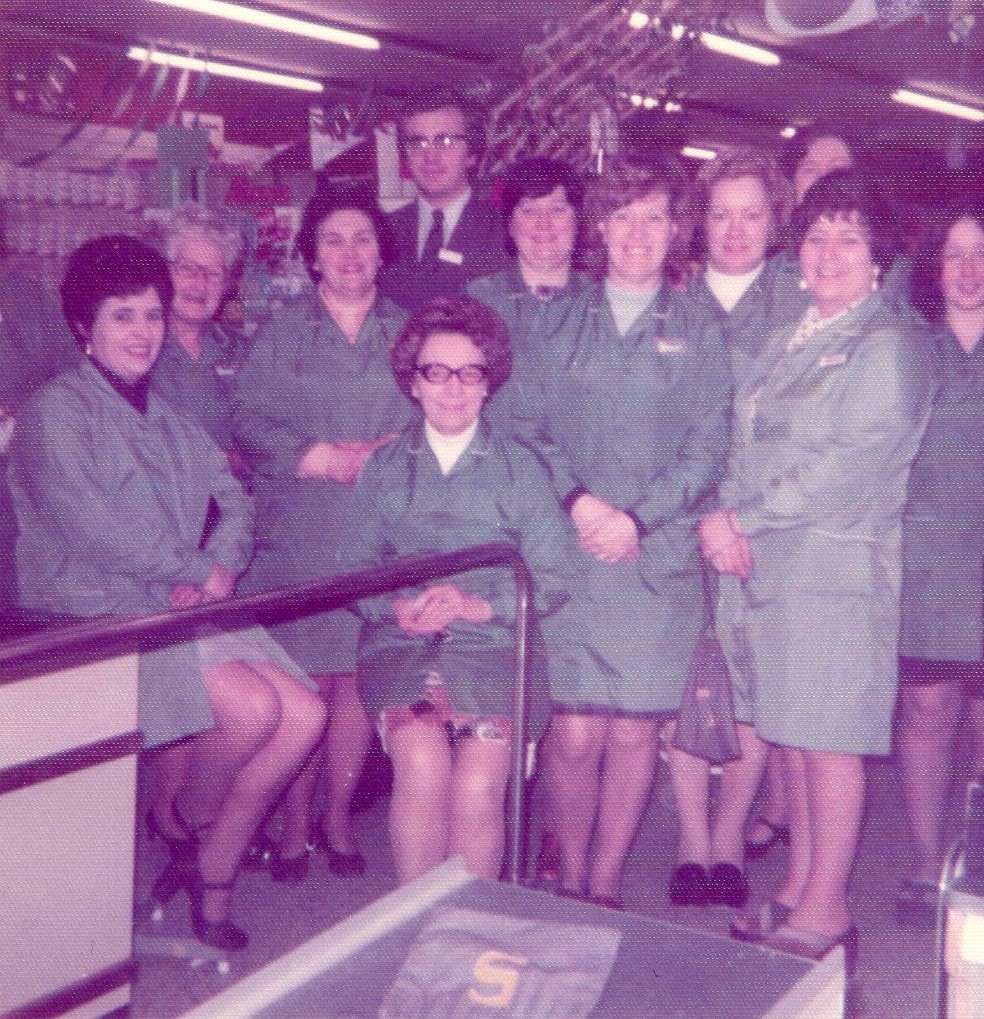 The Staff in Keymarkets uniform

On the whole I think she rather enjoyed working there. She started working on the tills at first but progressed to running the ‘kiosk’, which was where the cigarettes were sold. One little story I remember was that the store was refurbished over a weekend and Mum went in and cooked a full roast dinner for the workmen in the upstairs staff canteen. I’ll bet they didn’t get that on other refurbishments.

My favourite photograph of those that were taken of Mum’s time at Key Markets was this one taken during Christmas lunch which must have been in the stockroom, or perhaps they had to store the cornflakes in the canteen. 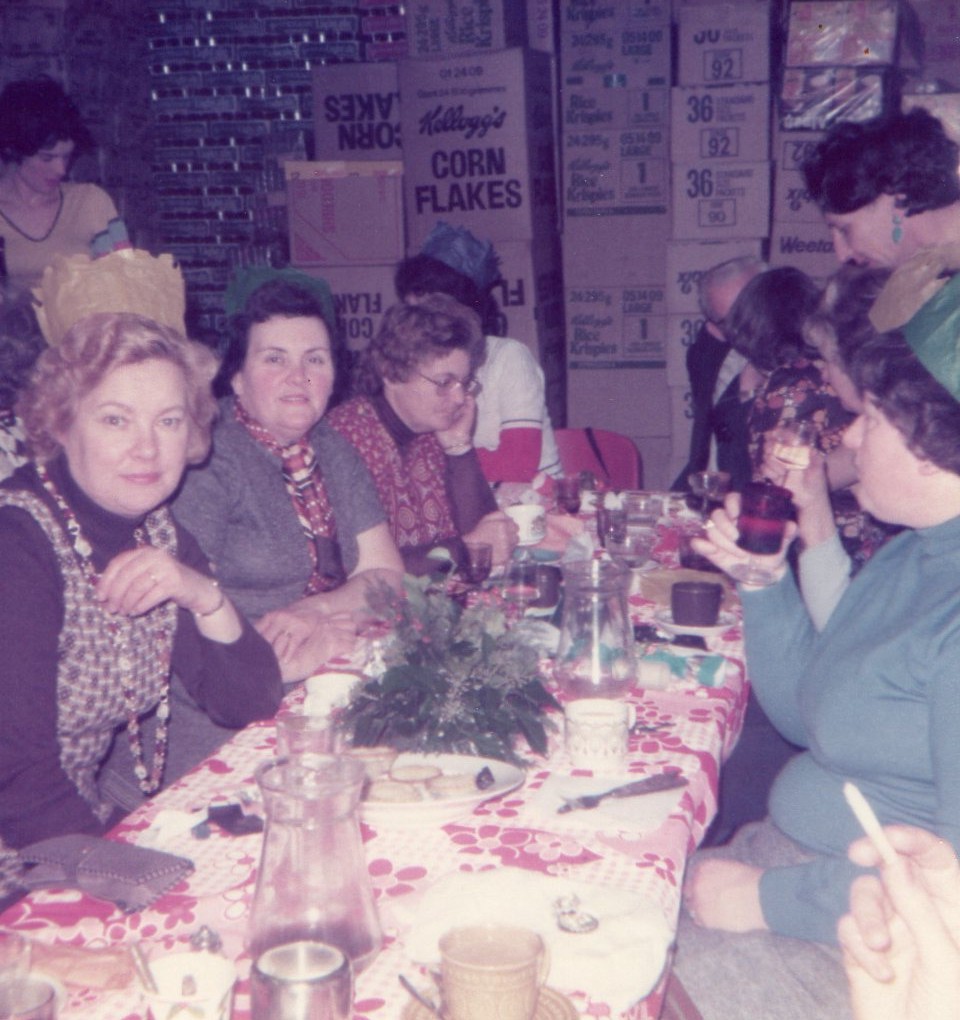 Christmas Lunch in the store (Hazel Morley 2nd from left seated at table, Grace in the yellow hat)

Mum was still there when the store changed to Gateway and I am trying to remember which uniform is which but I think the photo below is the new Gateway one. 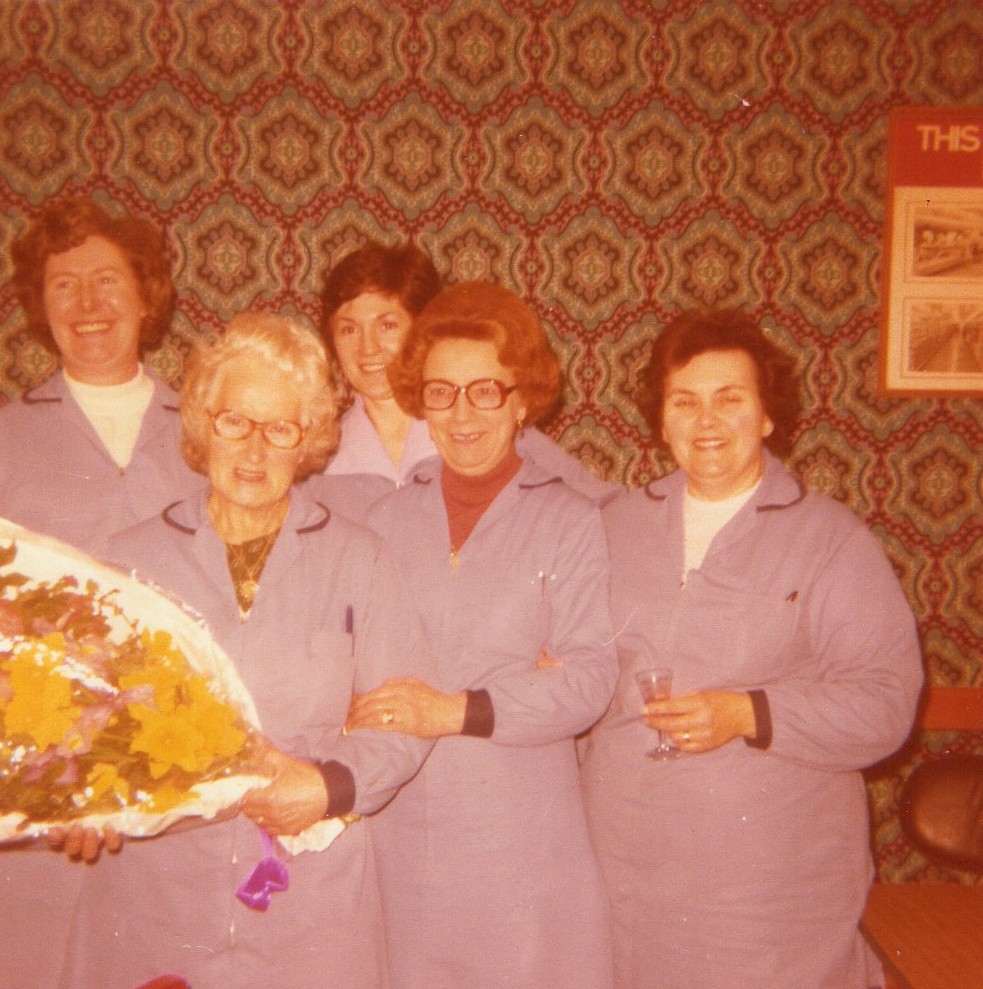 Wearing the new Gateway uniform (Hazel on the right)