115 High Street - Tale of a shop unit
By Jim Devlin 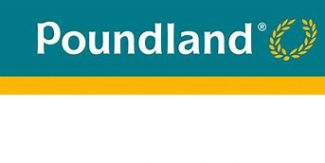 As far as can be told the shop beside Lion lane was originally a Key Markets store.  This supermarket occupying the large unit in the development which replaced Hensman’s Garage which in turn replaced the Temperance Hotel.

The Key Markets chain of stores owned by Fitch Lovell were acquired by the Dee Corporation which owned the Gateway stores in 1983 and rebranded to the Gateway brand. During the early 1990s the Gateway brand was gradually changed to Somerfield and the company renamed Somerfield plc in 1994. The logos to the right show the gradual changing of the logos.

In 2008 Somerfield plc was acquired by the Co-Operative Group which continued to run the store under the Somerfield name as it already had two Co-op stores in the town. The store had been suffering for a number of years since Waitrose had opened a large store opposite and when the lease came up for renewal the Co-op decided to surrender their lease and closed the store in 2009/10.

A prime High Street site like this did not lie idle for long as at this time High Streets were still thriving and Poundland quickly moved to take up the shop unit. They have been trading successfully here since 2010.