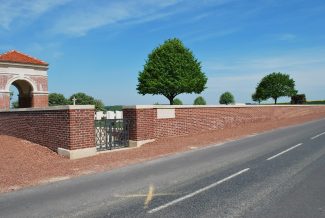 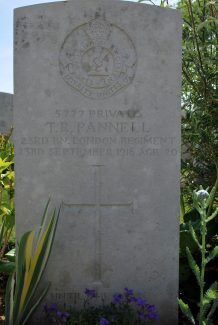 Died of wounds on 23rd September 1916 aged 20 after the Battle of Flers-Courcelette, the debut of the tank.