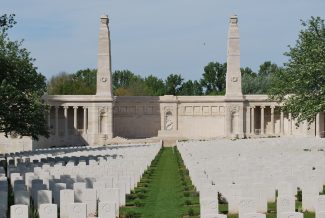 Remembered on Vis-En-Artois Memorial in France

Local papers reported at the time that he was killed in the Battle of St Quentin but that battle was the previous March. It is most likely that he died during the Battle of Ephey which his unit took part in at that time.