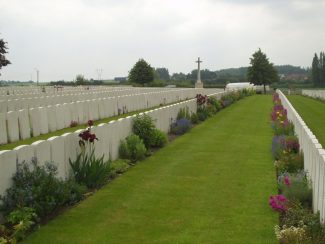 Son of Frances Jane Ackers of The Common, Billericay

It is likely that he was killed in the Battle of Bethune when the German 6th army mounted an unsuccessful offensive to take Bethune.