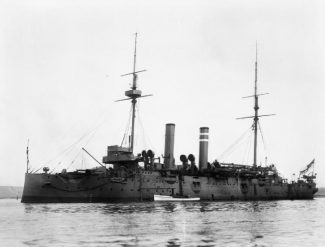 Died on 27th September 1917 aged 17 when he fractured his skull in an accident whilst the ship was at port Said in Egypt.


From his medical card obtained from the National Archives we can see that he was born on 2nd May 1900 in Romford, Essex and before he joined the Navy he was a stable boy. He is shown as being at HMS Vivid as Boy 2nd class from 28th June 1916 to 23rd November 1916 and then as Boy 1st class until 30th June 1917. HMS Vivid was a shore base at Devonport. He is shown as joining HMS Grafton on 1st July 1917 presumably just before she sailed for the Mediterranean.