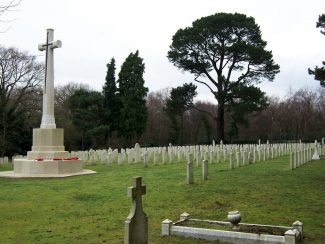 Service Number ‘27904’ – Royal Fusiliers, 35th Bn. He had been transferred to the Labour Corps at Eastern Command Labour Centre at the time of his death.

Died on 18th December 1917 aged 20, at the Royal Victoria Hospital in Hampshire