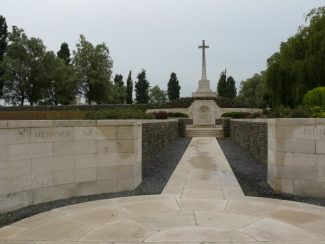 Killed in action on 7th June 1917 aged 32 on the opening day of the Battle of Messines.

Harry was in New Zealand when war broke out which explains why he was part of the New Zealand Expeditionary Force.