You are here: HomenextTopicsnextPlacesnextTransportnextCity Bus

At The King's Head

This Leyland Lion coach was registered UU 1065 in London in 1929. It is shown here in the early 1930s on City Motor Omnibus Company’s route Number 1. Known locally City Buses, this was their long distance service of some forty eight miles, originally between London, Wood Green and later Kentish Town, and Southend. This service was limited to single deck coaches at this time, due to a low railway bridge in Shotgate. It has stopped for a comfort break at the King’s Head, Great Burstead, a useful facility for a service with nearly three hours running time. 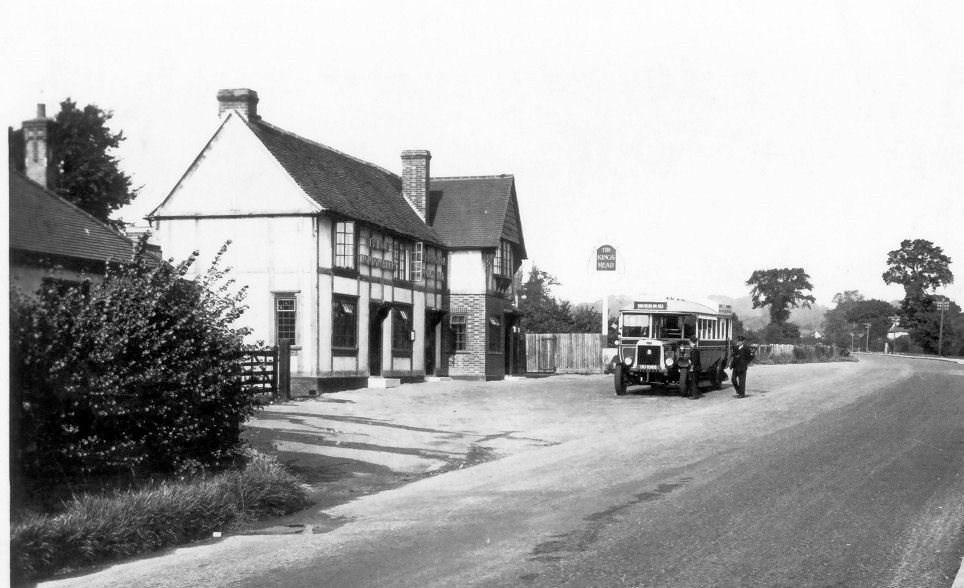 This break was originally arranged by New Empress Saloons Ltd, the company that pioneered this long distance route in 1928, prior to its takeover by City buses. The facility was subsequently transferred to Brentwood. A co-ordinated service was operated on this route by City with Westcliff on Sea Motor Services until City negotiated the purchase of the Westcliff share in 1934. By this time it had become the City Coach Company. City was absorbed by Westcliff Motor Services in 1952, just prior to them being taken over in turn by the Eastern National Omnibus Company. They then renumbered this route as 251. But, buses with the City logo still operated on this then fondly remembered service into the 1950s.