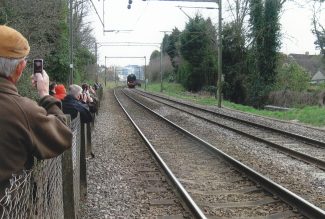 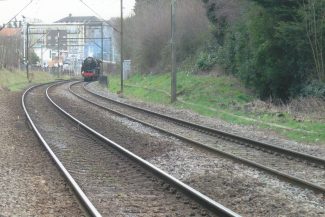 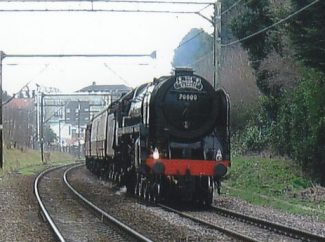 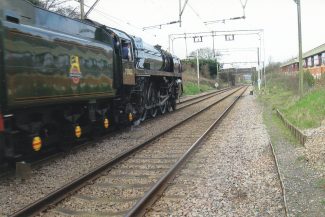 Britannia is a 4-6-2 Pacific steam locomotive built in January 1951, the first of 55 express locomotives built by British Railways. She worked the fastest services from London to East Anglia and later in her career the West Coast Mainline. She was withdrawn from service in May 1966 and has been preserved and is currently owned by the Royal Scot Locomotive and General Trust.

Since 2015 she has been awaiting overhaul but on 15th March 2014 she made a journey from Southend Airport to Salisbury as the Cathedrals Express.

Attached are some photographs taken by David Bremner of the train passing through Billericay.