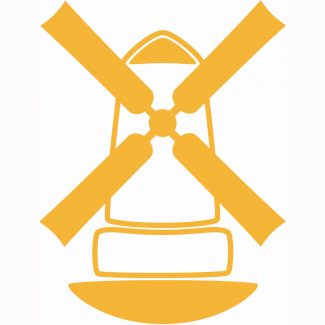 I wrote this in reply to Graham Fry’s comment to my article Memories of Billericay School.  I sat next to you in Eric Huggett’s class (2B1) in 1960/1. You were a fan of Tottenham Hotspur, or “Sparkling Spurs” as you once said! Noel Hunter sat nearby and he was a Man Utd. supporter. He lived 2 doors away from me in Hickstars Lane and we often kicked a ball about on the South Green Recreation Ground. In my final year I drew a plan of the school, had it framed and presented it to John Goldwyn, the Head a few days before I left.  He was so impressed with it, that he drove me with it to show an architect friend of his in the High Street and that is how I got my first job. The drawing was rubbish by today’s standards, but it hung on the wall outside the Head’s room for sometime. Two other achievements I can boast about are that I never had the cane and I never had to read in the hall. Being a shy young lad, that prospect just filled me with dread.

Graham mentioned Jeremy Purkiss. Nice lad but he didn’t know his own strength and if you got into a fight with him he would break your arm off! David Cottee sat at the front of Mr Huggett’s class in 2B1 and he kept the ‘Interruption Book’ in his draw. Next to him sat those 2 thugs, Messrs. Lutkin and Cheeseman who were always up for a fight. David Clewlow was a quiet polite lad and a brilliant chess player, Andrew Darroch excelled at Maths and went to Chelmsford College to study Structural Engineering. Stephen Reed had a photographic business in Billericay and Chris Bennett was the son of the vicar at Downham. In 1964 Chris, Andrew and I left school with the highest number of ‘0’ levels, i.e. 5 out of 6, which was the maximum number we could sit. I  re-sat English and passed it the following November. Several lads lived on the Sunnymede estate, who were ex Walthamstow boys, e.g. Messrs. Lindsell, Babb, Pettit, who I think he was afflicted with polio, Perrin and Stowe. Maurice Perrin was quite arty and I think he became a police motorcyclist at Southend. Michael (Mich) Stowe and I were friends for many years after. He attended my wedding and I attended his. Clive Willis always sat in the changing room throughout PE lessons. Perhaps he had a dispensation not to participate on medical grounds. I hope he is O.K. now. Russell Mirty had snow white hair and was a good sportsman, he went to work at Fords. I have been in touch with Margaret Gentry (now Margaret Mead) who has had an interesting and successful life and also Margaret Cheyney (now Margaret Rochester) who lives in a remote part of Scotland. She and her husband have another home in Sri Lanka.