The building originally on this site was known as Glenavis and looked quite similar to the current building save that it was a double fronted residential looking building. The original building had a parapet just like the current one, but only had five windows at first floor level similar to the current ones. The ground floor level had a central door with two windows, like those upstairs, either side of the door. The former building was occupied by the Billericay Telephone Exchange from 1929 until 1952. After that the building was demolished and the building shown below was erected. 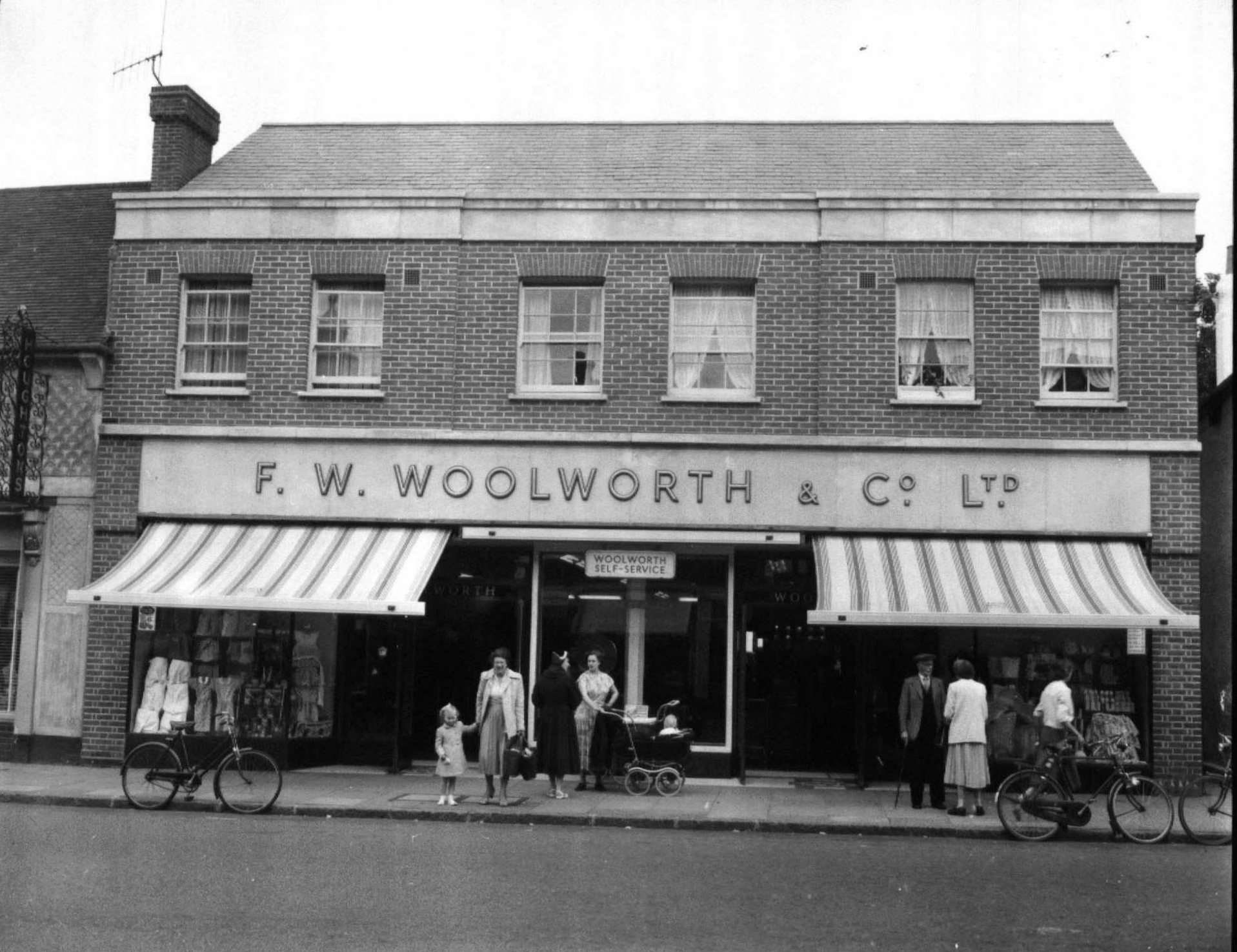 If you look closely at the photograph you will see the sign over the doors “Woolworths Self Service”, this must have been one of the first in the country as the idea of self service had only recently arrived from the USA. Notice the blinds protecting the window displays from the sun; at one time canopy blinds like this were very common on shops and were often brightly coloured.

On 2nd January 2009 the Billericay branch of Woolworths closed down when the company ran into trouble and was liquidated.

The end of an era all over Britain

The building was not to remain empty for long as Iceland the frozen food retailer quickly moved into the premises and is the current occupier.