Originally this shop was all owned by Houghton’s and had two distinct shops, a drapers and a grocers. By the time of this photograph (around 1955) we can see that the drapers shop has been replaced by Harris Brothers electrical shop. 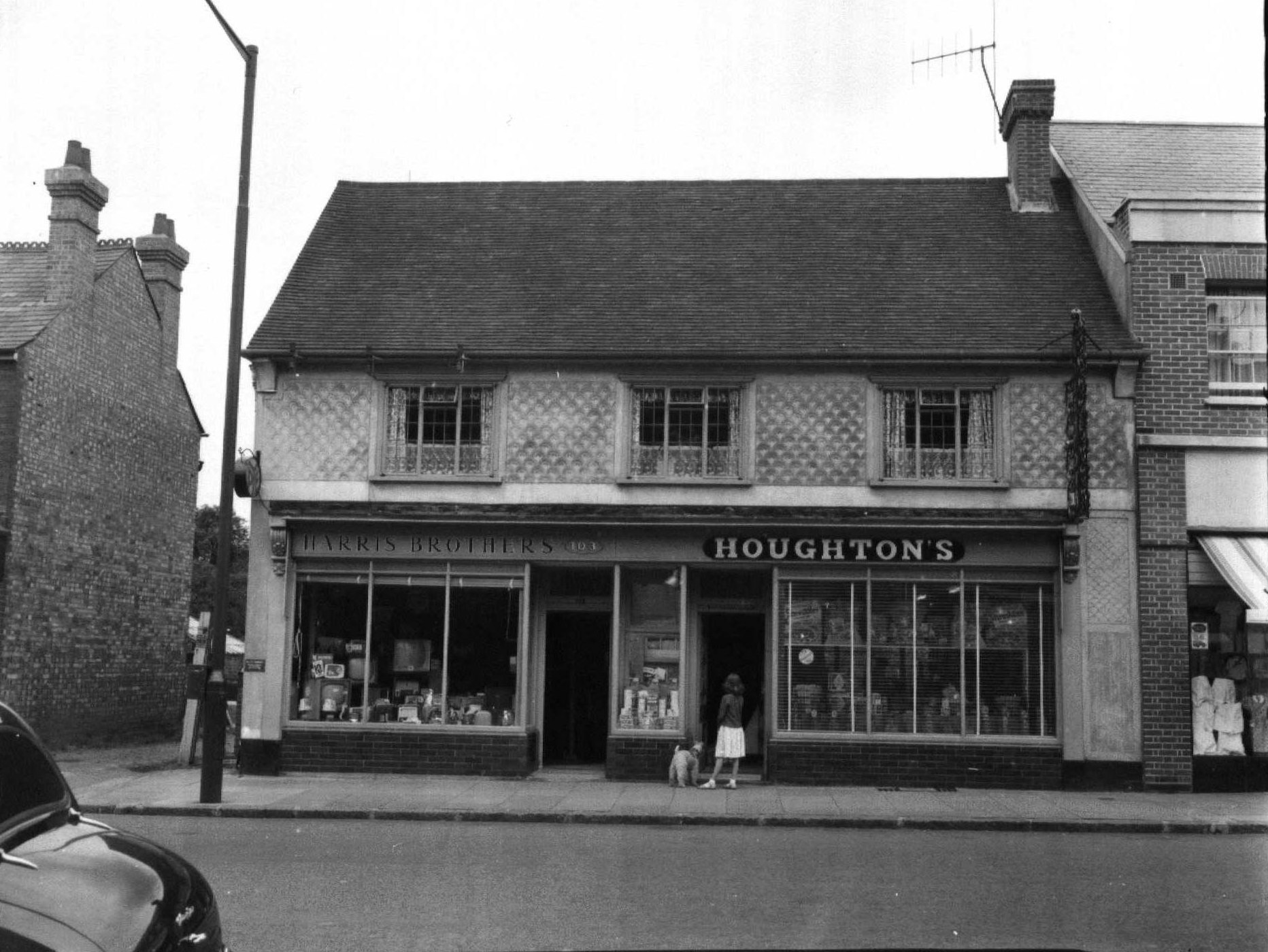 In the window of Harris Brothers one can just about make out radio sets and a hanging sign on the far left is for PYE.

Harris Brothers, on the left, is now occupied by Blockbuster Video and Houghtons became the Woolwich Building Society before becoming a hairdressers as it is today.

Blockbuster closed in April 2013, when the company went into receivership and this was one of the outlets that were not performing well enough to be retained by the administrators in the hope of selling as a going concern.