No. 111, on the right, must be one of the few shops, if not the only shop, which has not changed its trade for nearly 200 years. This building was originally part of the Red Lion, but the decline of the coaching trade left it surplus to the requirements of the inn. It is recorded a a chemists shop in 1839 under the proprietorship of john Nix Jnr. As can be seen in 1955 it was still under that name although the proprietor is shown as a Mr. D Thomas, today it is a Lloyd’s Pharmacy. 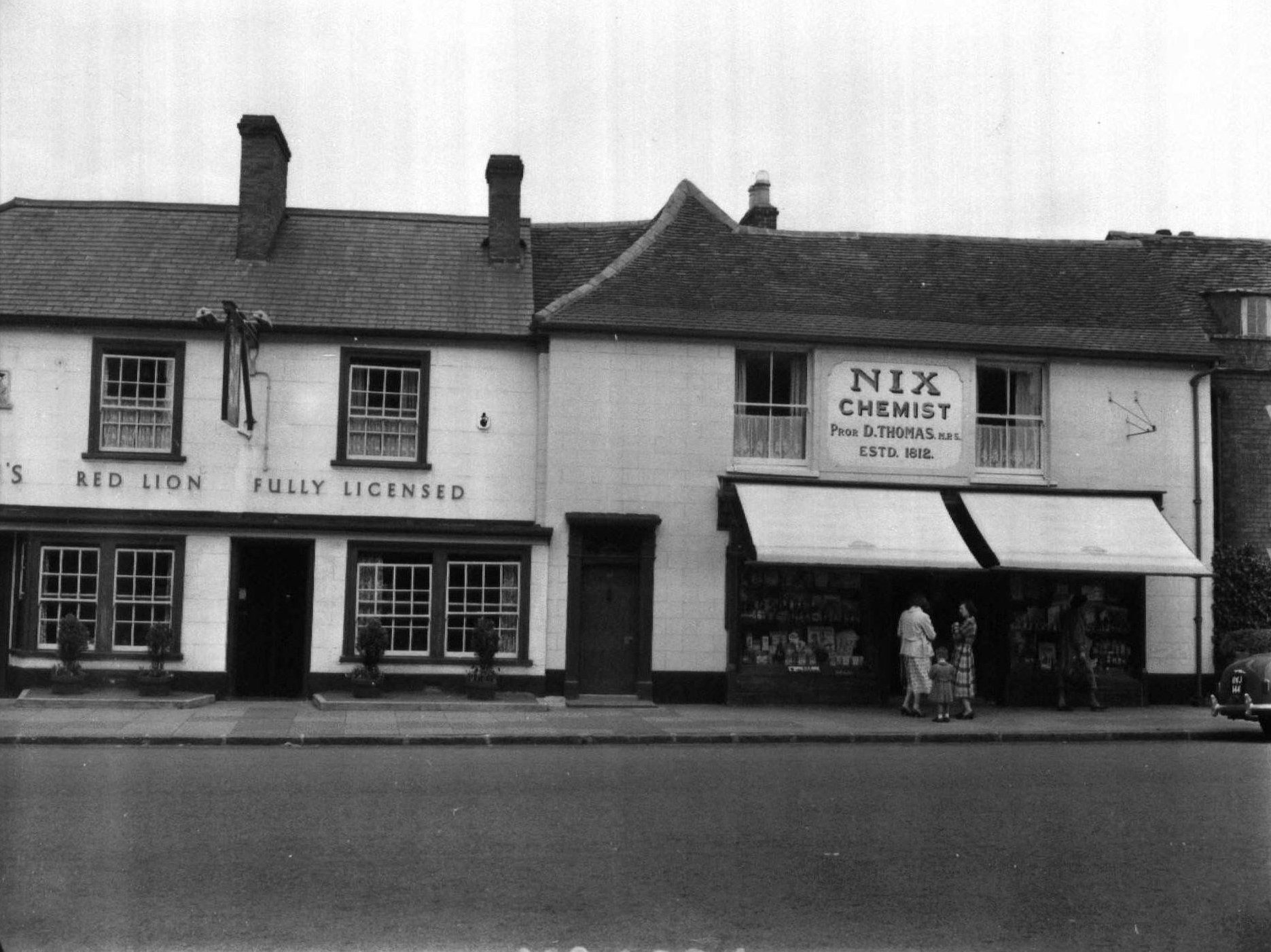 Next door at No. 113 is the Red Lion, certainly one of the oldest buildings in Billericay as it is thought to date from the 15th century. This is a timer framed building, but it has been much altered since it was originally built. It has been an inn since 1593 and during the 18th century was the main coaching inn of the town.