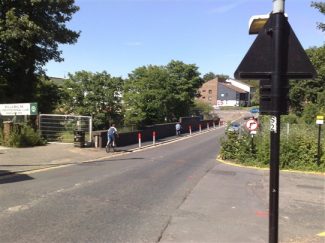 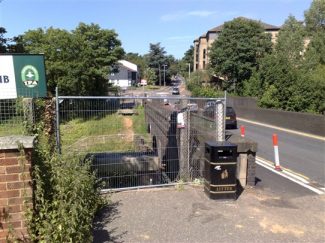 zoom
The Southern end of the bridge
Adam Wheatley 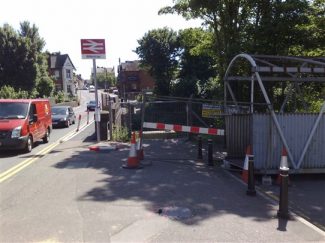 zoom
The Northern end of the bridge
Adam Wheatley 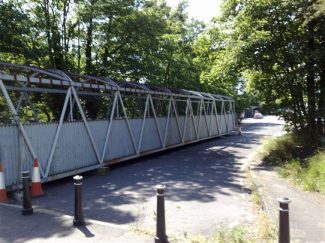 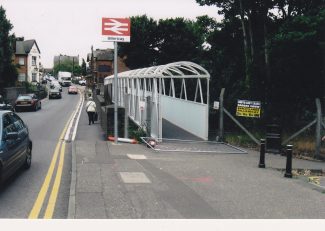 zoom
In pristine condition after the work

Over the years the bridge has deteriorated and needed some cosmetic maintenance. Current safety rules mean that the trains would not be allowed to run under the bridge whilst it was being painted and so it was cheaper to remove the bridge and take it away for maintenance than carry the cost of a rail replacement service for a number of weekends. So overnight at the end of June 2008 the bridge was removed.The photographs below, taken on 1st July, show the bridge after being removed.

The bridge was away for repair for a number of weeks and so that pedestrian traffic could still cross the bridge the cobbles were removed on the old footpath and a smooth tarmac surface installed. When the nicely painted bridge with new lights installed and gurading repaired returned the smooth tarmac was left in place. This meant that pedestrians can use the foothpath by the road again, but most people have returned to using the bridge.