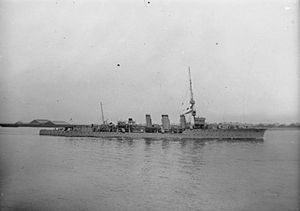 He is remembered on the Chatham Naval Memorial.

He was killed when HMS Conquest was engaging the German battlecruisers who had attacked Yarmouth. The ship was hit by a shell that killed 25 and wounded 15

There is no obvious connection to Billericay, however the Commonwealth War Graves Commission only list one F. R. Pendleton and his second name on their record is Reginald.