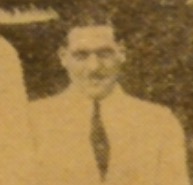 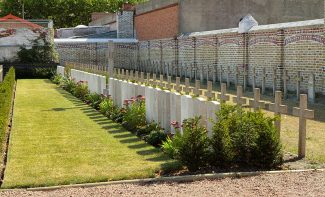 Theophilus was a former pupil of Beaumont College, Old Windsor, Berkshire, and was in residence at the school on the night of the 1901 census. He obtained his Royal Aero Club Flying Certificate on 15 April 1915 at the Central Flying School, Upavon, Wiltshire, flying a Maurice Farman Biplane, at which time his contact address was the Thatched House Club, St. James Street, London, SW. There appears to be some confusion as to how Theophilus actually lost his life. Some publications record his death as having occurred whilst flying a Sopwith F1 biplane scout, which crashed at Terhand-Becelaere, France. Other reports state that he was killed by an enemy sniper during a salvage adventure which he was conducting in No-Man’s Land.

At the time of his death; Theophilus’s home address was 6, Artillery Mansions, Westminster, Middlesex And his will states that he left £139 15s to John Yardley Vernon Vernon, his father.