In 1976 on 10th April the played Stamford FC at Wembley Stadium and won the match 1-0 with a goal scored by Geoff Aslett in extra time. 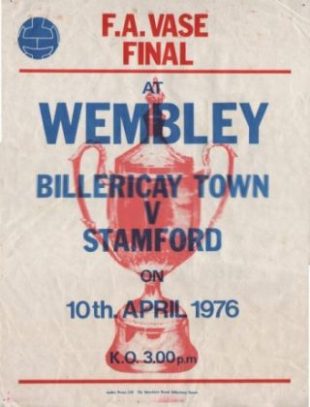 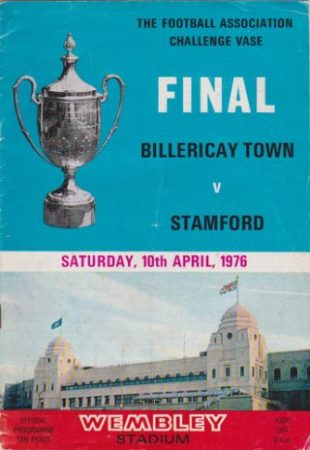 The following year Town were again through to the final of the FA Vase and they played Sheffield FC at Wembley on 30th April !977. The match was drawn 1-1 with Fred Claydon scoring for the Blues. 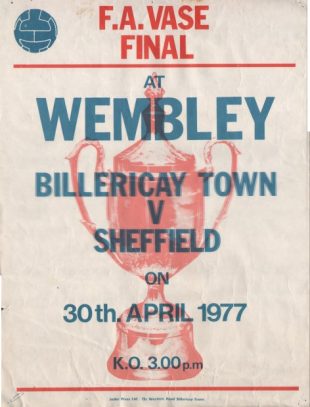 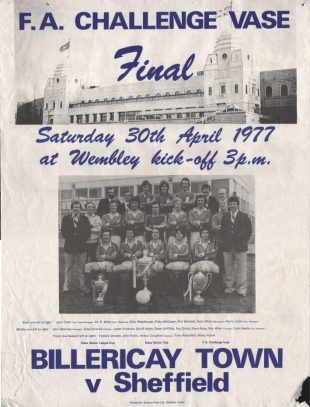 Poster for 1977 Final with team photo

The following Wednesday, 4th May, the match was replayed at the City Ground in Nottingham, the home of Nottingham Forest. This time Geoff Aslett and Paul Woodhouse scored and Billericay won the match 2-1. 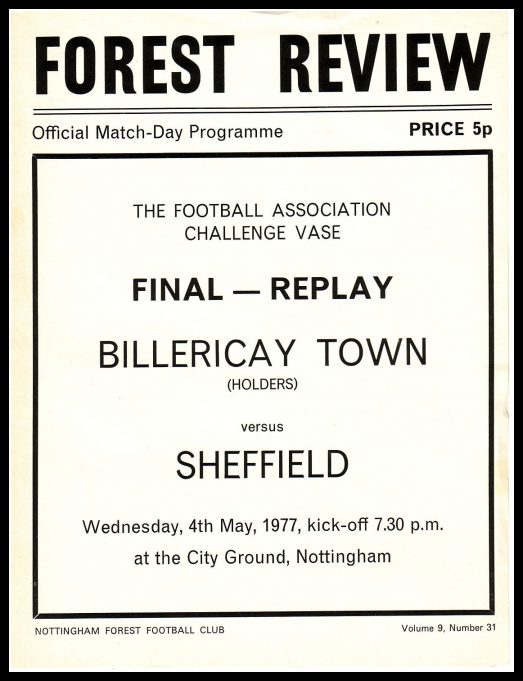 The hat trick was completed in 1979 when on 28th April Billericay Town once again ran out onto the pitch at Wembley Stadium to face Almondsbury Greenway FC in the FA Vase. Doug Young scored a hat trick, the first at Wembley in a final since Geoff Hurst in 1966, and Fred Clayden added another in a 4-1 victory. 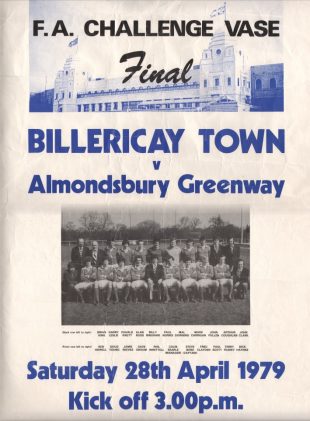 Poster for 1979 Final with team photo 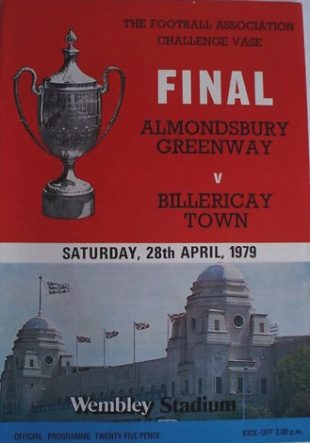 The photos below show the team returning home after winning the cup. Do you know which year this was? 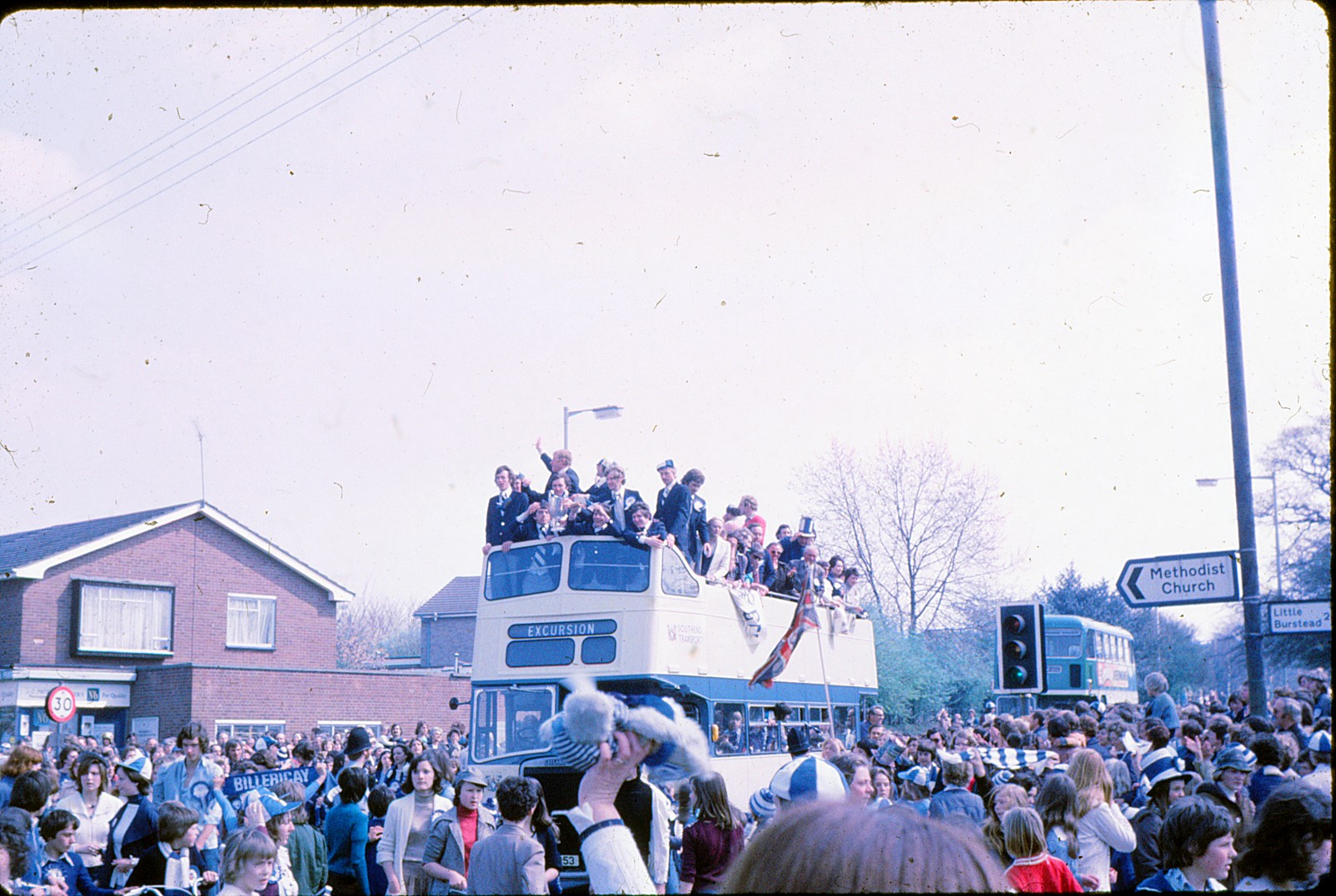 The Team at the junction of London Road and Western Road 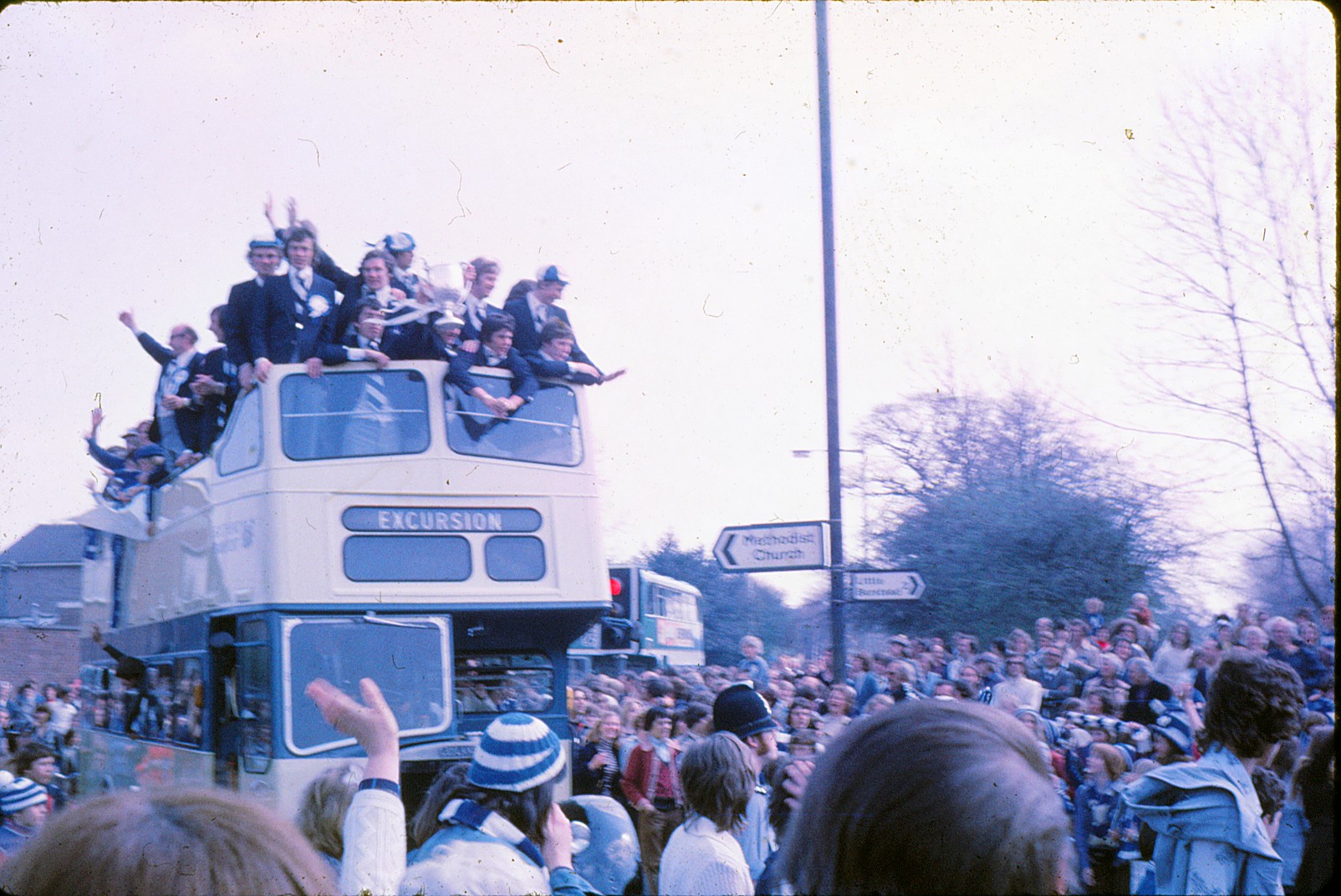 Returning home with the cup