Memories of Lillian Board

A boy's memory of a superstar
By Tony Fry 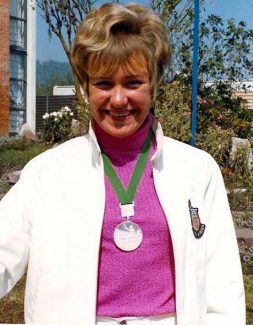 Is there anyone who went to the celebrity (charity) football match in 1967 where the
“golden girl” of the 1968 Olympics, Lillian Board kicked off.  I was 12 at the time and I remember being very kind to me.

The silver medallist tragically died of cancer on 24th December 1970, she was only 22. During her tragically short career in athletics she became one of the best know athletes in the country and was awarded an MBE in the New Years Honours List in 1970. She won a Silver medal in the Olympics in Mexico City in 1968 in the 400m and Gold medals at the World Championships in Athens in 1969 in the 80m and the 4x400m.

You can watch Lillian win her Silver medal in Mexico City by clicking on the link, she is on the inside lane.  https://www.youtube.com/watch?reload=9&v=9A3ryJX4aFc