This photograph taken in 1955 shows the Billericay Library run by the County Council prior to its move to Burghstead Lodge. During WWII this building was the local Food Office. It is said that the building here was the first Post Office in Billericay. 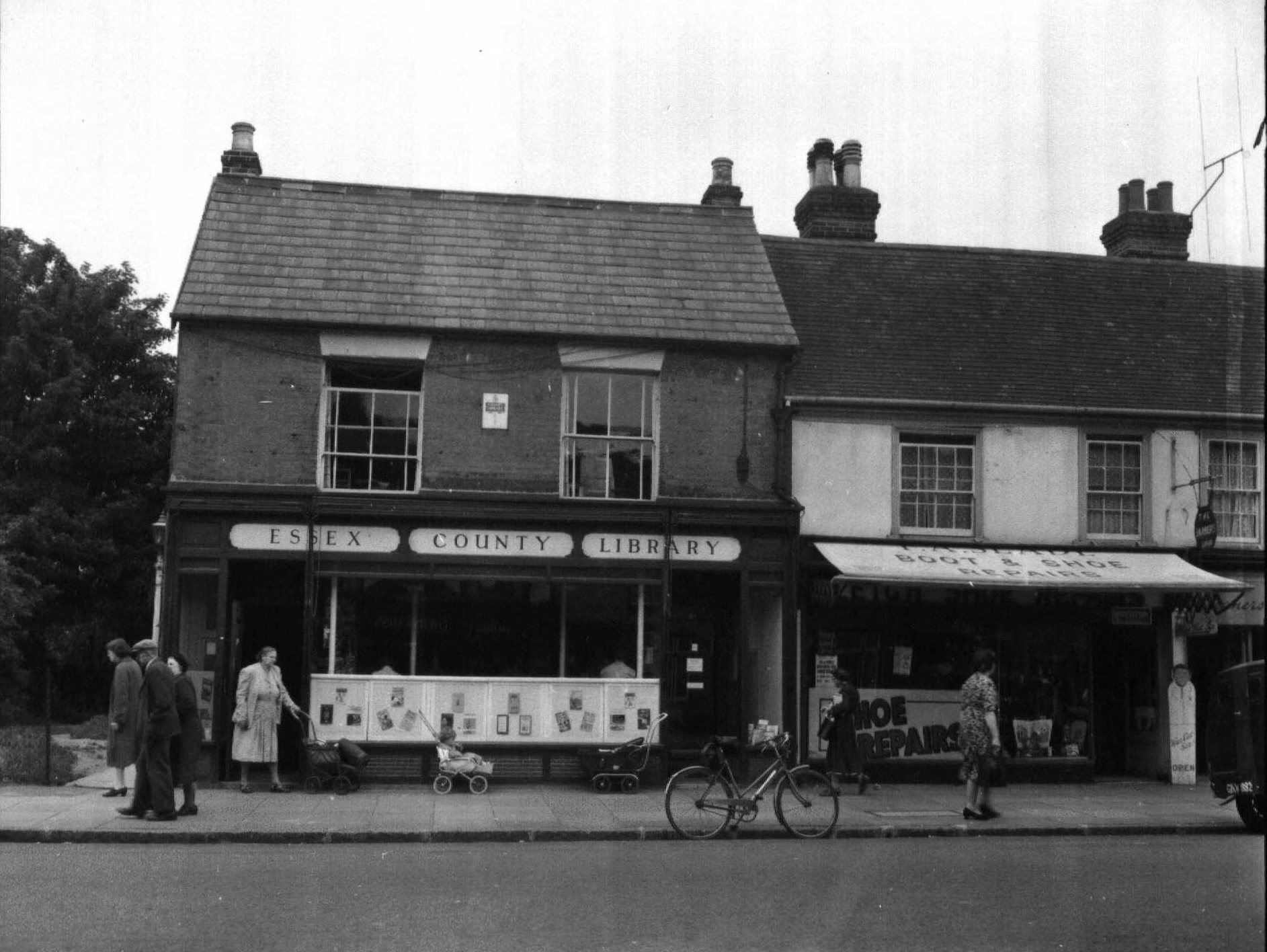 The building above was demolished and a branch of Abbey National Building Society occupied the new building. In 1989 Abbey National became the first Building Society to demutualise and become a bank and in 2003 it rebranded itself as Abbey. It was subsequently taken over by Santander, the Spanish bank, in 2004 and they changed the branding of the branch to Santander in 2010.