You are here: HomenextTopicsnextOdditiesnextBillericay's Own Money

Coins issued by traders in the town 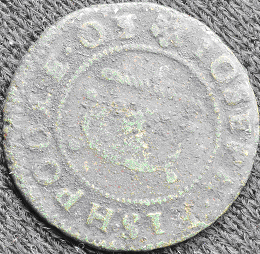 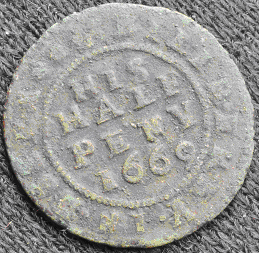 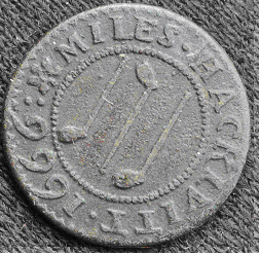 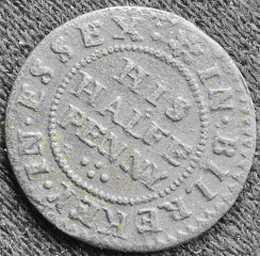 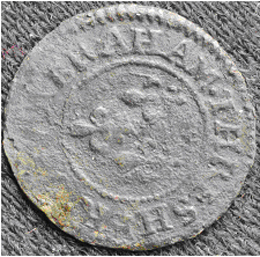 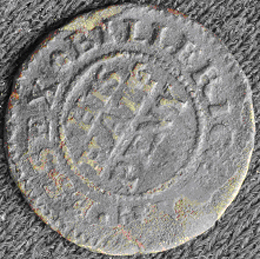 Until the reign of Queen Elizabeth I [1558-1603] the smallest English coin in circulation was the silver halfpenny. But its value was much too high for everyday use by ordinary people. To help alleviate the shortage of small change, and to avoid the expense of minting an impossibly small silver farthing, a silver threefarthing piece was introduced in 1563 to provide change if a penny was tendered for a farthing purchase. It was not a success.

In 1613 James I [1603-1625] granted Lord Harrington a licence to coin farthings of copper as a result of repeated public demands for a low-value coin; this was later taken over by the Duke of Lennox.

Under King Charles I [1625-1649] copper farthings continued to be manufactured privately under a licence held first by the Duchess of Richmond, then by Lord Maltravers and later by various other persons. The licence was finally revoked by Parliament in 1644. Neither numismatists nor historians have ever put forward a satisfactory explanation for such a retrograde move.

During the republican period of the Commonwealth [1649-60] no officially-authorised copper or other base metal small-denomination coinage was issued. The relatively high unit values of the silver penny and halfpenny coins made everyday commercial transactions very cumbersome and difficult. How could you buy “four candles” costing three farthings in total if neither you nor the shopkeeper had farthing coins available?

But as always market forces prevailed, proving that where there is a demand somebody will provide the supply. To conduct the everyday business of buying and selling in the country’s  towns and cities the traders took it into their own hands to mint and issue small base metal coins. Between 1648 and 1672 there was an enormous and very varied issue of these tokens. In Essex alone more than 350 such trade tokens were minted and issued. They were mostly farthings and halfpennies, but there were also some pennies. It is assumed that such tokens given in change by one trader would have been readily accepted in payment by other traders in the same locality, and even  in nearby towns.

We know quite a lot about Joseph Fishpoole who issued his halfpenny token in 1669. He was a Woolman1 & Woolstapler2 who lived with his wife Rebecca, his son John and daughter Anne at “Hurlocks” [now known as No.39 High Street] in Billericay. Joseph Fishpoole died on the 23rd January 1703  aged 56 years and is buried in Great Burstead Church together with his wife Rebecca, who died on the 9th December 1741 aged 87 years, their son John who died in 1755 aged 73 years, and their daughter Anne Abbutt, widow, who died in 1759 aged 75 years. Trading in wool must have been  highly profitable and Joseph Fishpoole died a rich man. His will made in January 1703 and proved in 1704 lists a house in Burstead, two tenements and the Inn called the White Hart in Billericay Town3 , land holdings in the Parishes of Great Burstead, Mountnessing and Buttsbury, and his manor house of Apton Hall. He also bequeathed 20 shillings worth of bread  to be distributed among the poor.

1A dealer in wool

Very little is known about Miles Hacklvitt. The three tobacco pipes on his halfpenny token indicate that he might have been a Church Warden and the fact that he issued his own coinage probably means a substantial retail turnover in whatever trade he was practising.

The tokens of Edward Rhett show a sugar-loaf motif although the Court records of 1690 describe him as a comber4. The wording on the token around the sugar loaf is EDWARD.RHETT and on the reverse it has E.E.R. centrally with IN.BILREKEY.IN.ESEX. surrounding it.

He must also have been  engaged in some sort of retail trade, otherwise he would have not issued his own tokens. We know that he must have owned and lived in a substantial property, as he paid the chimney tax on four chimneys in 1662.

4 A person who combs wool prior to spinning

About 1660 Abraham Thresher was at the “Red Lion”, one of the oldest buildings on Billericay High Street. In 1690 he appeared in Court together with Edward Rhett and others [reason unknown] and was described as a shopkeeper. In 1670 he witnessed the Will of Samuel Wayte [see below]. The Thresher family was prominent in Billericay and Burstead in the 17th and 18th centuries. Many of them are buried in the Church at Great Burstead but no further specific reference could be found concerning Abraham Thresher, the issuer of these tokens. He died in 1708.

Samuel Waite was married to Elizabeth, widow of John Thresher, a relative of Abraham Thresher who witnesed Samual Waite’s Will dated 1st September 1670.  Samuel Waite died two days later on the 3rd September 1670 aged 51.  He left a freehold house at Shenfield to his children. His token shows a fleur-de-lis awhich is surrounded by the words SAMVELL.WAYTE. On the reverse it has S.H.W. in the centre and the wording OF.BILLEREKEY around it.

Following the restoration of the monarchy, under Charles II [1660-1685] a good regal copper coinage was issued from 1672 onwards, together with tin farthings in 1684 and 1685. The ample supply of official small-denomination coins made the use of privately issued trade tokens unnecessary and they slowly disappeared from circulation.

By the end of the 17th century Billericay had lost its own money.

Editors note: These coins were donated to the Cater Museum by Edgar Guest and can be seen in the Museum in the High Street.