You are here: HomenextTopicsnextPlacesnextWartimenextZeppelin L32 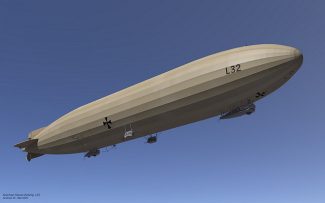 Film of the L32 which crashed in Billericay at Snails Hall Farm, just of Greens Farm Lane, in the early hours of 24th September 1916 can be found by clicking here. The Billericay Zeppelin is the first one on the film which is completely wrecked (the first 2 and a half minutes)

You can also listen to Winifred Amy Hall in an Imperial War Museum interview made in 1992. Winifred was a British civilian hospital worker with Duke of Rutland’s Hospital in London, GB, 1914-1916; private served with Women’s Auxiliary Army Corps in GB and France, 1917-1918; she lived close to Billericay and saw the Zeppelin come down. Click on the play button below.

The recording is copyright of the Imperial War Museum ©IWM and the full recording can be found here http://www.iwm.org.uk/collections/item/object/80012042