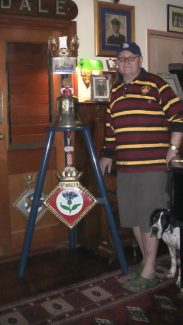 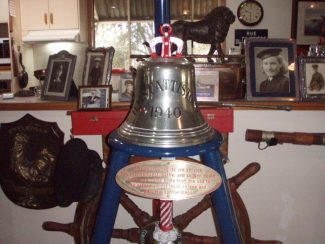 H.M.S. Cattistock, the second ship bearing this name in the Royal Navy, was built at the Yarrow yard in Glasgow and commissioned into service in July 1940. She was a Type 1 Hunt class destroyer with the pennant number L35 and was eventually scrapped in 1957.

For most of her wartime service she was an escort in the North Sea. She took part in the bombardment of Dieppe in July 1942  and was a member of Force G during the Normandy Landings on 6th June 1944 where she was deployed off Gold Beach to provide Covering gunfire for the troops.

On 29th August 1944, whilst patrolling off Cape D’Antifer with H.M.S. Retalick, she intercepted German craft fleeing from Le Havre. H.M.S. Cattistock received 26 hits including one on bridge which killed her Captain, Lt. Keddie, who is remembered on the Downham War Memorial.