You are here: HomenextTopicsnextPlacesnextWartimenextBillericay's Warship 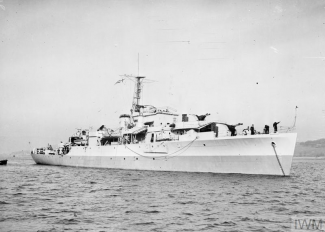 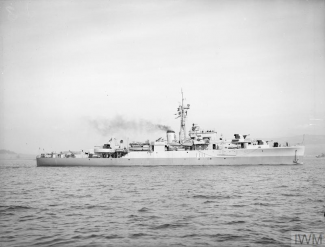 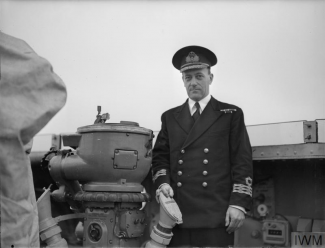 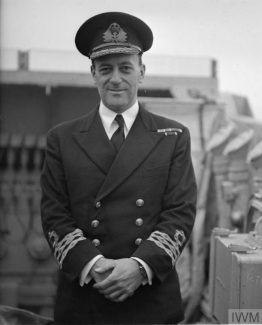 During the early part of the Second World War the Royal Navy had lost a number of ships and also needed a great number more. Warship Weeks were National Savings campaigns with the aim of a Royal Navy warship being adopted by a local community. The idea was that depending upon the size of a community a target would be set to raise an amount of money so that a city may be raising money for a battleship or aircraft carrier and a small community may have been raising money for a motor torpedo boat. During March 1942 Billericay Warship Week raised money to fund the building of H.M.S. Lark a Modified Black Swan Class Sloop.

HMS Lark was laid down on 5th May 1942 at Scotts Shipbuilding and Engineering Cartsdyke Dockyard in Greenock o the Clyde. She was launched on 28th August 1943, completed on 10th April 1944 and after working up entered service commanded by Cdr, Henry Leslie Pryse RNR  in the Western Approaches in May. She took part in Operation Neptune, the naval part of the D-Day invasion and spent the whole of June, July and most of September in the Channel. On 22nd September she sailed to the Clyde for repairs before joining the 8th Escort Group based at Greenock on Russian Convoy duty under a new skipper Cdr. Hedworth Lambton RN..

On 3rd February 1945 she was deployed as a Close Escort for Convoy JW64 and sailed from the Clyde for Kola Inlet where they arrived on 15th February. On 16th February she took part in anti-submarine operations outside Kola Inlet with other ships of the Escort Group and Russian aircraft before departure of the return convoy. On 17th  HMS Lark took part in the sinking of U425 with HMS Alnwick Castle and some survivors were rescued. She re-joined the rest of the Escort Group and during the preliminary assembly of Convoy RA64 she was hit by a torpedo fired by U968. The accoustic homing torpedo hit the stern which was wrecked and the ship had to be abandoned. Survivors were rescued by other ships.

On the 18th HMS Lark was towed to Kola Inlet and declared a constructive total loss; she was de-equipped at Rosta where she lay, as return to the UK under tow was not feasable.

But that is not the end of HMS Lark. In 1945 the hulk with most of the equipment removed was handed over to the Soviet Navy. Post war reports suggest that she may have been taken into The Russian Navy under the name Neptun but this is unsubstantiated. It does seem unlikely that the hull was repaired and refitted. Do you know better?

Thanks go to Naval-History.Net for much of the information above.