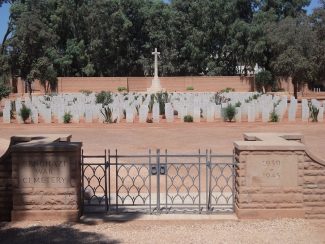 Buried in Benghasi War Cemetery, Libya.
The inscription ” Years pass away, but memories remain for every” is on his headstone.

As all German and Italian forces had been driven from Libya by February 1943. As Sapper Wade’s death occurred a year later we must surmise that he was killed during in his work of Bomb Disposal.