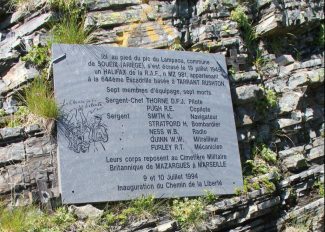 zoom
The Memorial at the crash site 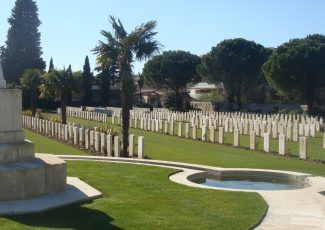 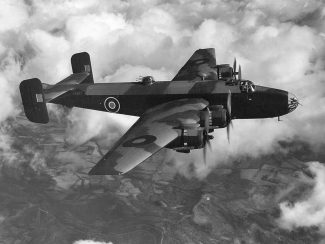 644 squadron was based at RAF Tarrant Rushden in Dorset and was equipped with Handley Page Halifax aircraft.  On D-Day, 6th June 1944 they were a tow aircraft for gliders during the attack on Normandy, subsequently they were also used to tow gliders in operation Market Garden at Arnhem and later at the operation to cross the Rhine. The squadron also carried out supply missions over Norway. During 1945 they carried out tactical bombing missions ahead of the advancing Allied ground forces. At the end of the war the squadron was used to carry troops to Norway to accept the German surrender, and to return POWs to Britain.  644 squadron was part of 38 Group which had a secret role of dropping agents behind enemy lines and resupplying them.

After Victory in Europe the squadron was employed in the transport of freight and prisoners of war, 644 Squadron also flew service personnel to Greece, North Africa and Italy. In July, the Squadron lost a Halifax over the Pyrenees. Flt.Sgt. was one of the pilots of Halifax MZ981 which on 19th July was on a continental cross country exercise when it went missing. After searches were carried out the crash site was found in the Pyrenees close to the escape route to Spain, Le Chemin de la Liberté, used by escaping POWs and aircrew during the war. The crash site is on the slopes of Pic de Lampau at 7260ft.
MZ981 took off on 19 July 1945 at 1922 from Tarrant Rushton and radio messages were received at 1936, 2005, 2020, 2120, 2220 and after that nothing further. From the book ‘The Freedom Trail’ by Scott Goodall he recounts the story of the Halifax which had an intended route of westwards to the Atlantic then home via the Bay of Biscay but for some reason the aircraft swung south more than 80 kms from its intended course. The cause was put down to a navigational error and a strong mistral wind.