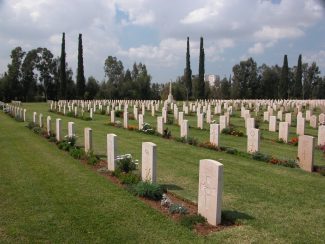 No mention can be found for a EJ Allen on the Commonwealth War Graves Commission records but a record for EA Allen has been found and we can only assume that this is the same person, details shown below:

He was probably killed during the opening day of the Battle of Sharon against Ottoman troops in the final push towards Beirut.

Earnest (spelling from the 1911 Census) was shown in the 1911 Census as living at Gt. Cowbridge Grange and working as a cowman on the Farm and he was 15 at the time of the Census. He was the son of John and Mary Ann Allen. He was born at West Hanningfield which may explain why he is commemorated at Downham rather than Billericay.