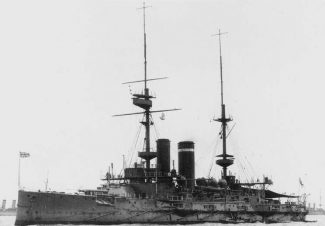 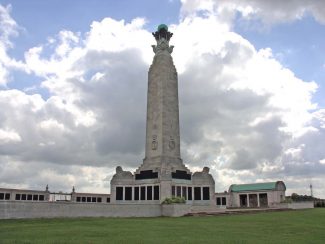 Son of George French of Hadleigh.

H.M.S. Formidable was based at Sheerness as part of the 5th Battle Squadron to guard against possible German invasion from the start of the war. on 30th December 1914 the squadron was transferred to Portland as their base. During 31st December the squadron spent the day participating in gunnery practice off Portland and after the exercise remained at sea for the night on patrol despite reports of German submarines operating in the area. At 02.20 Formidable was struck by a torpedo, fired by U24, on the port side, which hit No.1 boiler room. It is possible that John French was killed in this initial attack. By 02.40 the ship was listing to starboard and Captain Noel Loxley ordered ‘Abandon Ship’. At 03.05 the ship was hit by a second torpedo on the starboard side  and at 04.45 the ship capsized and sank.

35 officers and 512 men perished on the Formidable from a complement of 780.

Leading Stoker French is commemorated on the Chatham Naval Memorial.