Growing up in South Green
By Mark Barton

I was born at 8 Tyrone Road in 1963 and my family (I have older twin brothers and a sister) moved away in 1972. The Lawrences lived next door – Aileen was my age, The Clemences and McGills lived opposite (in different houses) and the Caseys lived the other side. Ian McGill had a talent for catching bees with his hands which impressed me at the time. I remember playing in the road where the cracks in the tarmac became the goal lines in a game of football, the park near Passingham Avenue where I left a few jumpers (yes, they really were goalposts) and on the Green near to the shops. I remember the ‘gap’ as an alley connecting Passingham Avenue with Grange Road where a man scared the life out of me by telling me to get off my bike but this was because the path was a pedestrian only route and not because I was about to be kidnapped as I feared. Playing conkers was a passion and these were found at ‘White Gates’ near to Great Burstead church. Bikes were fitted with clothes pegs and PG tips cards to give them a more motorised sound. It didn’t look good with stabilisers.
I spent a lot of time at South Green Infants School because my mum taught there and she was encouraged to return to work after having children due to the baby boom at that time. I would sleep in her classroom on a bed in the afternoons. 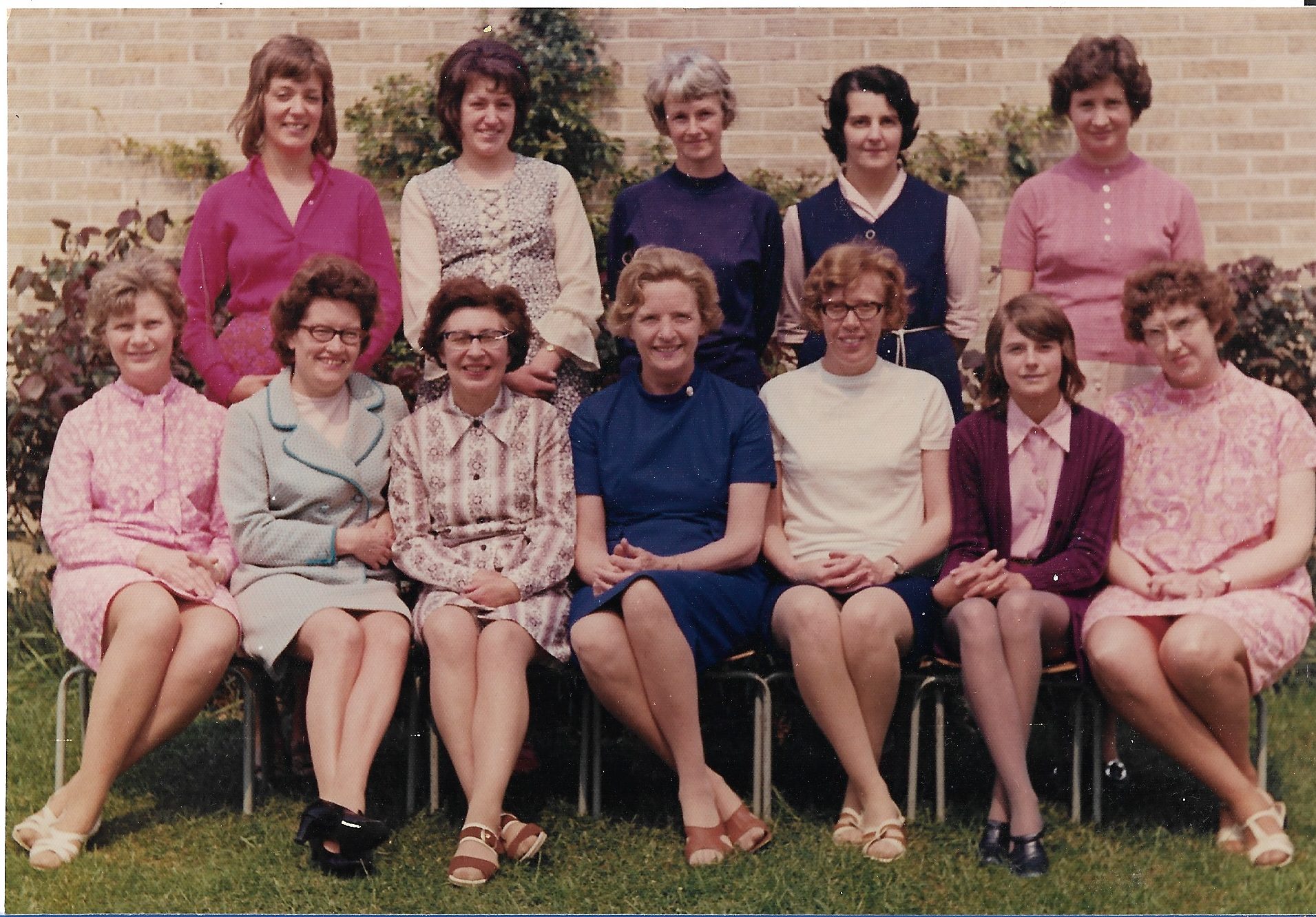 I remember the fearsome Miss Harry who administered a good shake now and again, a friendly Miss McCallagh (possibly) who became Mrs Hinds and Mrs Reeves the Deputy Headmistress as those who taught me. There are class photos from those days in the albums at my dad’s house (my mum, Janet Barton, passed away in 2016) and a few contributors to other pages about South Green do appear in the photos. Mrs Housden and Mrs Carter were my teachers at the Junior school.

I mentioned the school photos and here are the three I was able to find. See if you can find yourself in them. 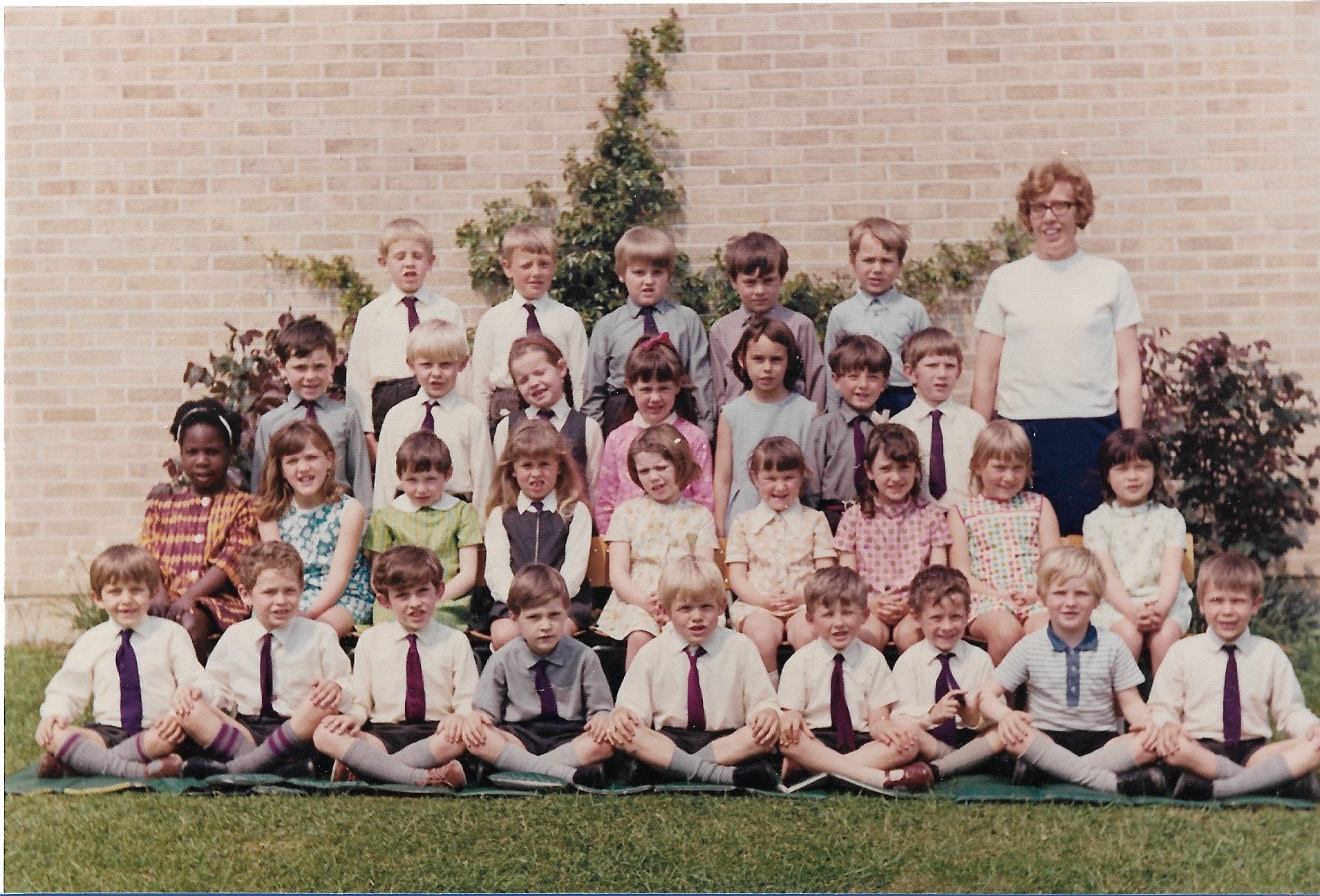 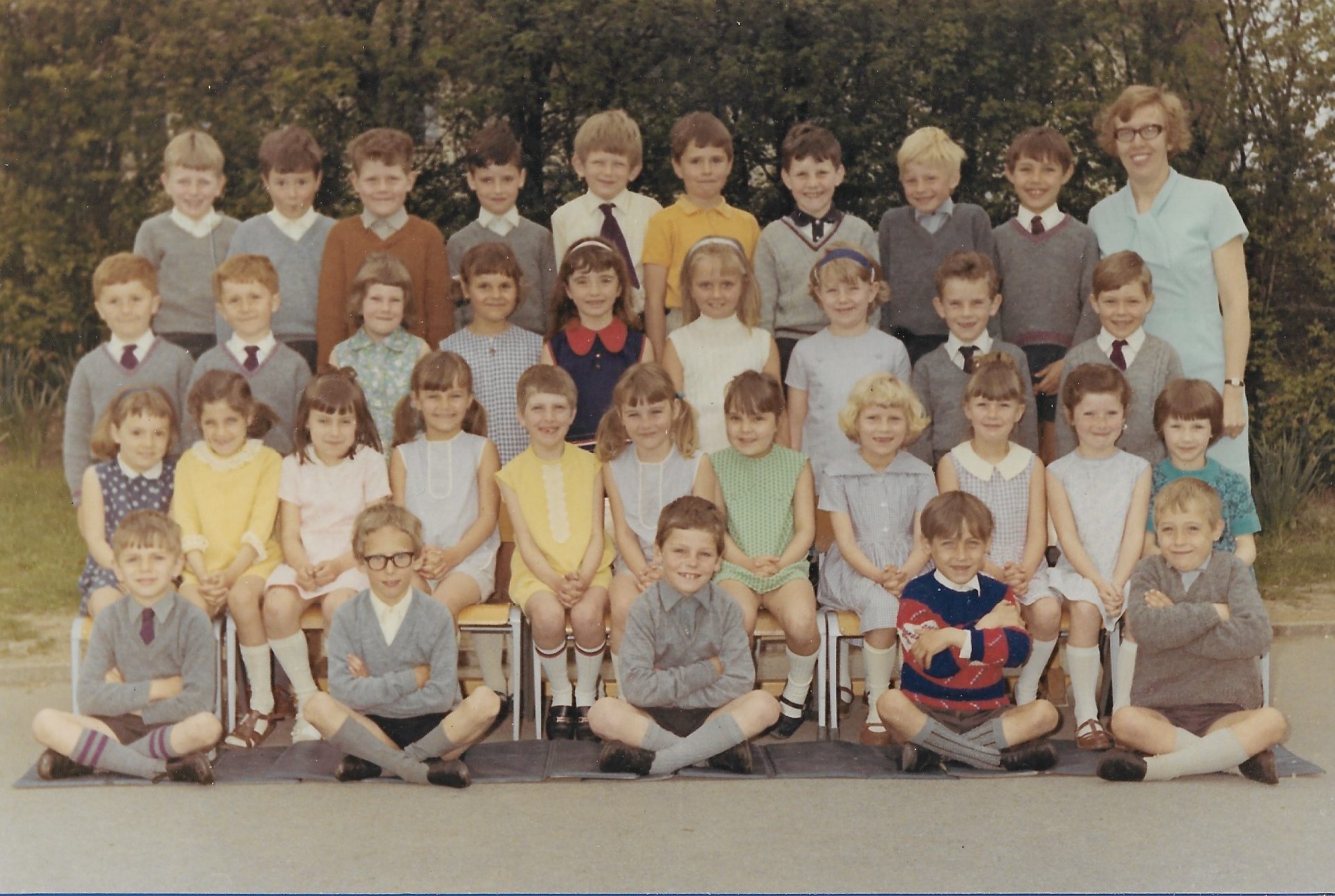 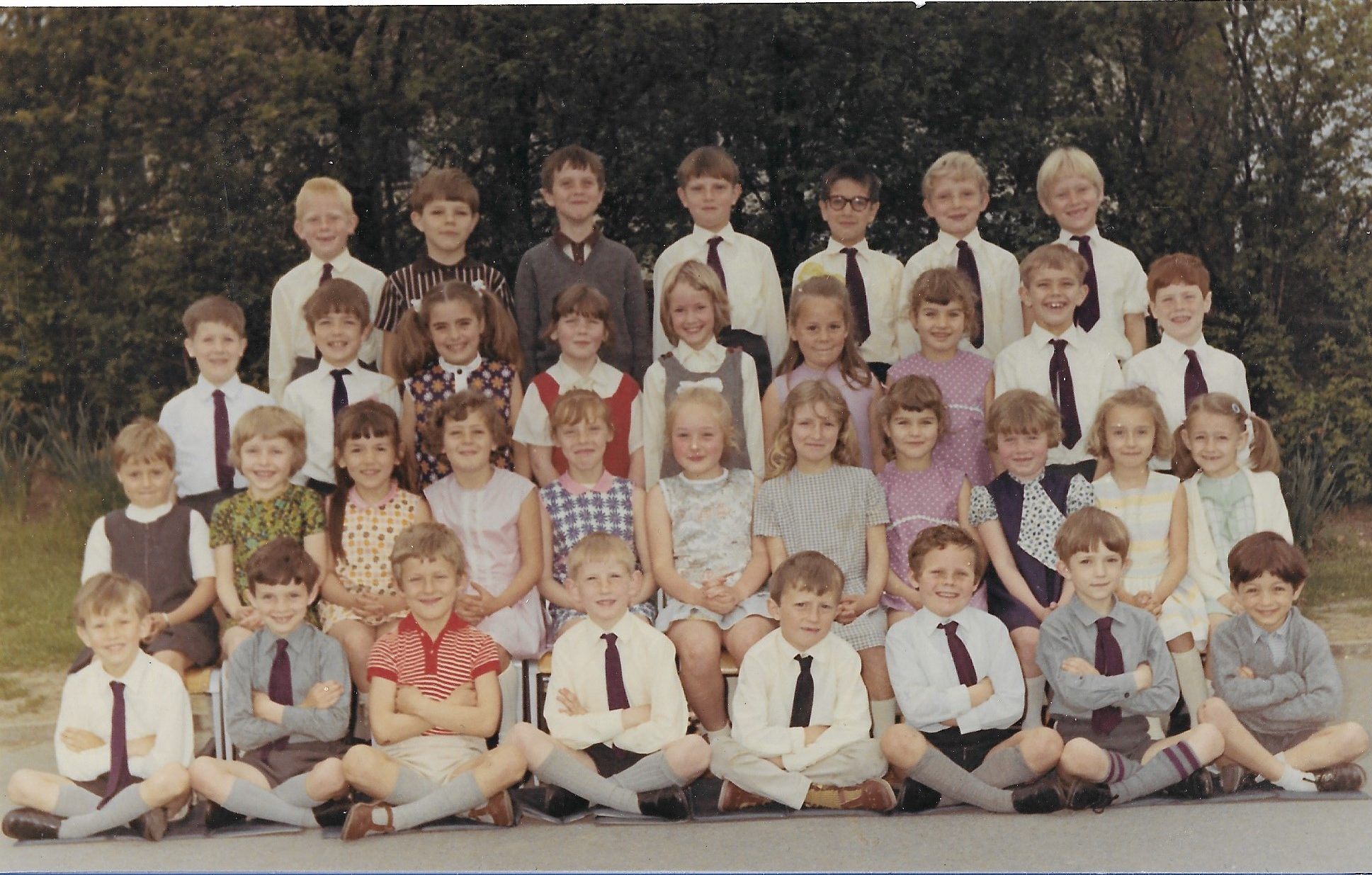 Shopping took place by the Green on a Tuesday after school. Groceries came from a small shop possibly called Robinson’s which was next to Chas Sinclair. We collected our ordered bread from the bakers, fruit and veg from the green grocers and were then given 6d to spend on sweets which ended up giving Mrs Staniforth, the dentist, a lot of work. We bought petrol from the Fina garage next to Joslin’s where my dad would ask for 4 gallons and 4 shots.
Lastly, I apologise to Yellow Pinky, a teenager who lived nearby and really didn’t deserve the chorus she received whenever she walked along our road which was based on her appearance in brightly coloured clothes – hence the name given to her.