You are here: HomenextTopicsnextPlacesnextSchoolsnextMayflower in the 1960s 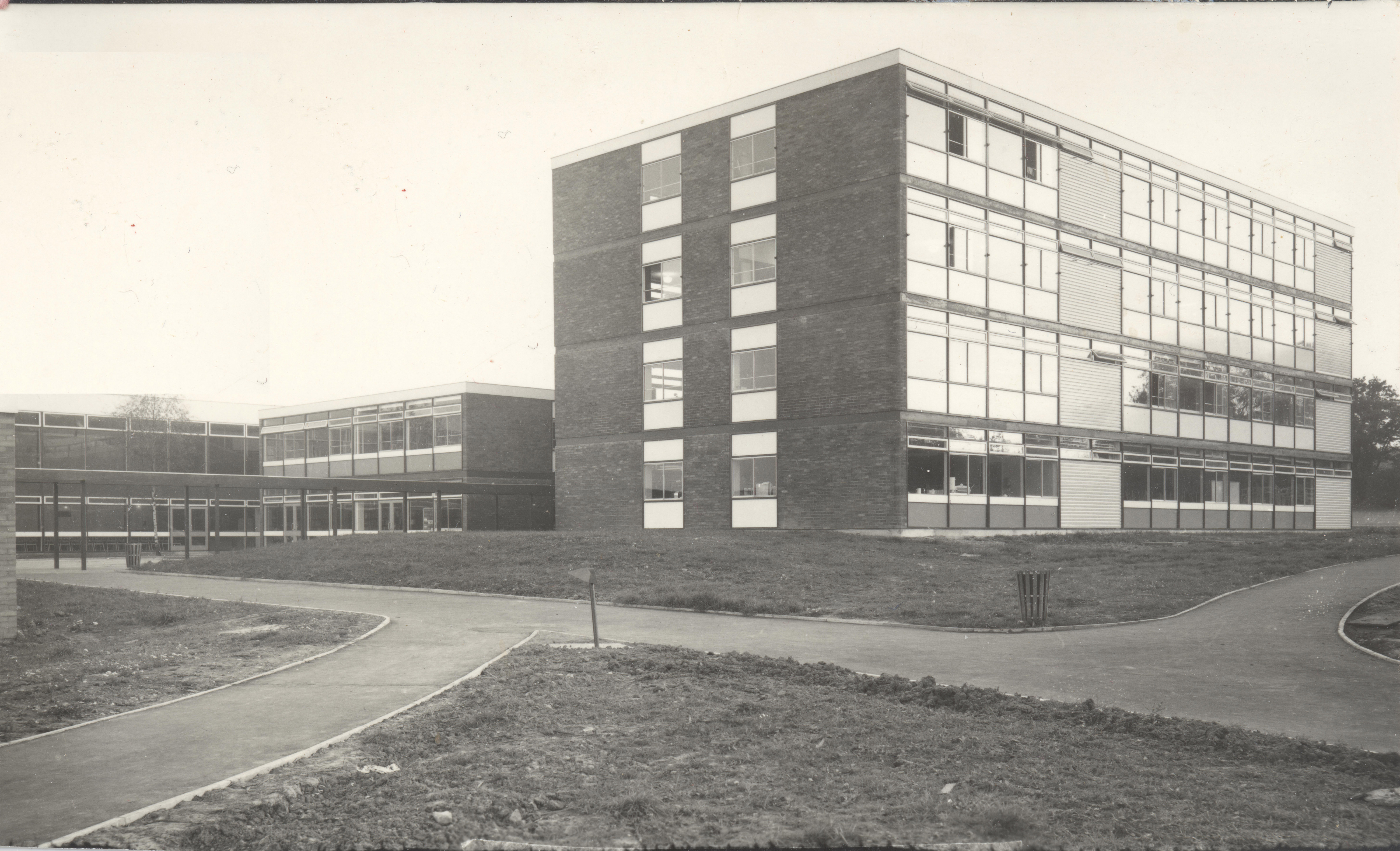 Mayflower School – the gap in the foreground has now been filled with a new school main entrance.

Looking through our family photograph albums I was amazed to find this old photograph of Mayflower School. I have no idea exactly which year or who took it, but it looks like it could be 1960s or 1970s. However, Mayflower looks as I remember it, so could be anytime mid to late 1960s? I remember on the top 3rd floor on the corner nearest us having RE with Mr Melton? I think on the 2nd floor left room on our side having History with Mr Glanville then waiting at the end of the lesson for Dave Cliff our Jazz guitar teacher from London. Dave Cliff asked me to invent a new arpeggio chord (playing a chord as single notes) on the bass guitar and I played the most basic three bar chord there was, but he still thought it was great. Happy days