The Ramsden Heath War Memorial stands in the centre of the village on the small triangle outside the White Horse pub. 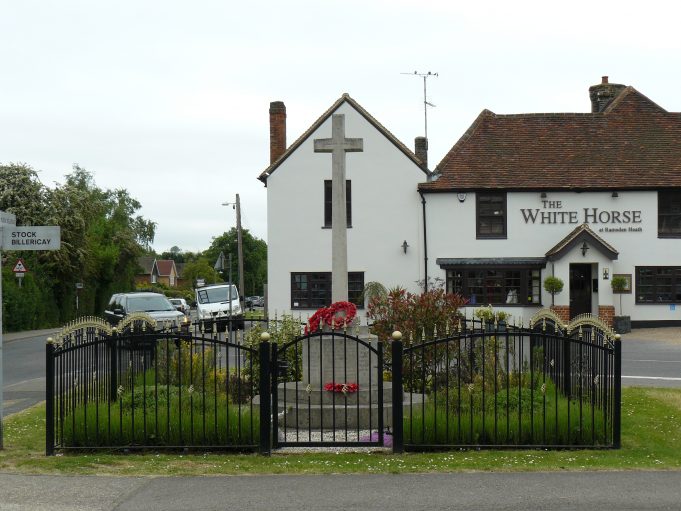 The front panel (facing the Downham Road) is dedicated to those who gave their lives in the Great War. On either side of the central panel are the names of the fallen 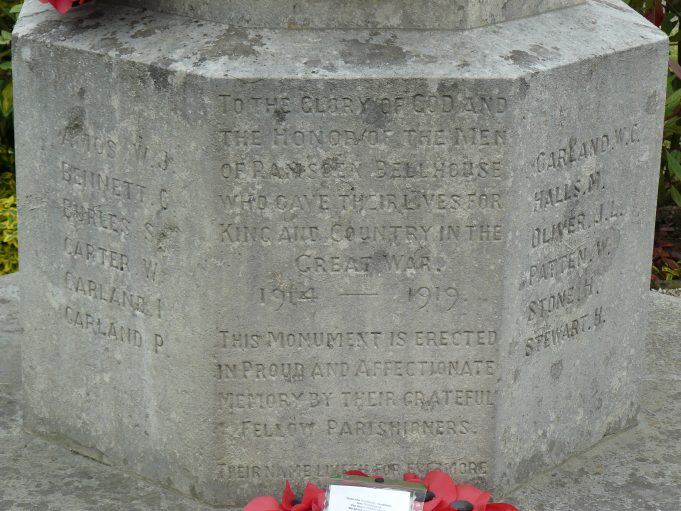 The following are commemorated here: 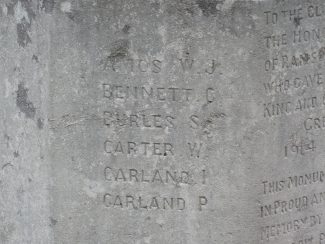 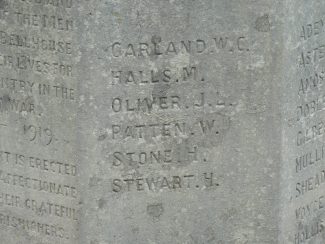 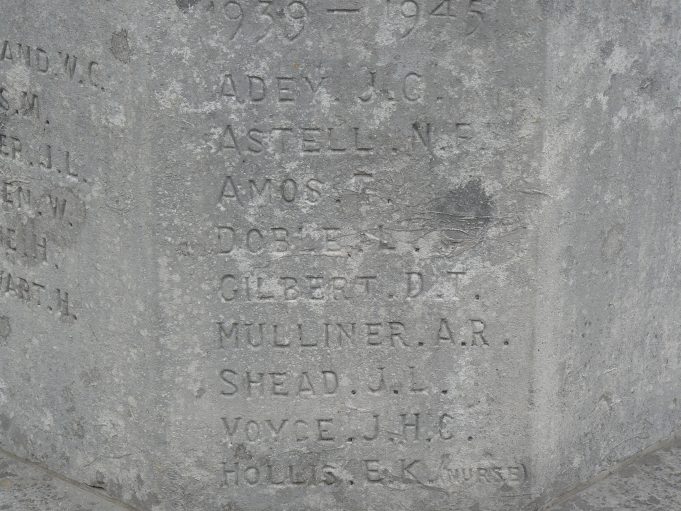 Flight Sergeant JOHN CHARLES ADEY (1270700) 197 Sqdn. RAFVR who died on 22nd October 1943 aged 21. He was the son of John Carr Adey and Florence Agnes Adey of Rayleigh. He is remembered at the Runnymede Memorial. more

Major NORMAN FRANCIS ASTELL (172179) of Green Howards (Yorkshire Regiment) who died on 24th December 1944 aged 31. Hw was the son of Walter Henry Astell and Minnie Florence Astell and the husband of Mary Astell of Ramsden Bellhouse. He is buried at the Phaleron War Cemetery, south-east of Athens, Greece. more

Private THOMAS AMOS (1735503) 2/5th Bn. THe Queen’s Royal Regiment (West Surrey) who died on 27th April 1945 aged 24. He is buried at Padua War Cemetery in Italy. Thomas was killed during the last days of Operation Grapeshot which resulted in German forces in Italy surrendering on 2nd May. more

Sapper LEONARD DOBLE (2013009) Royal Engineers 930 Port Constr. and Repair Coy. who died on 27th October 1944 aged 29. He was the son of John Henry and Amy Doble, of Ramsden Bellhouse. He is buried in Schoonselhof Cemetery, Antwerp in Belgium more

Private DAVID THOMAS GILBERT (6026077) 2nd Bn. Hampshire Regiment who died on 12th September 1943 aged 29. He was the son of James and Florence Gilbert and the husband of Elizabeth May Gilbert of Ramsden Heath. He is buried in Salerno War Cemetery, south of Naples in Italy. more

Private JACK LEONARD SHEAD (6020631) 4th Bn. Suffolk Regiment who died on 6th August 1940. He was the son of Frederick and Florence Shead and the husband of Jessie Lilian Shead of Brentwood. He is buried in the Ramsden Heath Congregational Churchyard. more

Private JOSEPH HENRY CHARLES VOYCE (6023468) 4th Bn. Dorsetshire Regiment who died on 15th July 1944 aged 28. He was the son of Joseph and Rose Priscilla May Voyce and the husband of Ellen Margret Voyce all of Ramsden Heath. He is buried at St Manvieu War Cemetery, Cheux on the outskirts of Caen, Normandy, France. more

If you have any details on any of the servicemen listed please let us know at editor@billericayhistory.org.uk